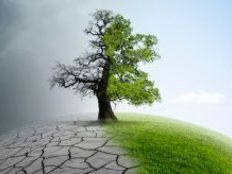 President Biden stopped short of declaring a climate emergency on Wednesday as some market observers and political pundits expected he would. However, the president did make a variety of clean energy declarations.

Those moves reiterate the White House’s commitment to renewable energy and could carry with them positive implications for a variety of exchange traded funds, including the SPDR Kensho Clean Power ETF (CNRG A-).

“Since Congress is not acting as it should… this is an emergency and I will look at it that way,” President Biden said. “As president, I’ll use my executive powers to combat the climate crisis in the absence of executive action.”

A skeptical investor might be apt to say that’s no more than mid-term election year rhetoric to get pro-renewable energy voters to the polls. Maybe. Maybe not. Still, it’s hard to ignore that CNRG and other ETFs in this category are politically sensitive and have track records of moving on favorable comments by policymakers. CNRG jumped 1.38% on Wednesday.

“The president also is directing the Department of the Interior to propose new offshore wind areas in the Gulf of Mexico, a plan that could power more than 3 million homes and help the administration reach its goal to deploy 30 gigawatts of offshore wind by 2030. Biden is ordering the Interior secretary to advance wind energy development in the waters off the mid- and southern Atlantic Coast and Florida’s Gulf Coast,” reported Emma Newburger for CNBC.

That’s in addition to $2.3 billion in federal funding aimed at helping communities prepare for climate change-induced weather disasters. The point about the White House’s ongoing commitment to wind energy spending is relevant to investors mulling CNRG because the ETF has exposure to the wind energy theme, among others.

Another potential point in CNRG’s favor is that Russia’s ongoing war with Ukraine is reminding many governments around the world that energy security is national security and renewables are part of that conversation. It appears Biden realizes as much.

“Our national security is at stake as well. Extreme weather is already damaging our military installations here in the States. And our economy is at risk. So we have to act,” said the president. “Extreme weather disrupts supply chains, causing delays and shortages for consumers and businesses. Climate change is literally an existential threat to our nation and to the world.”