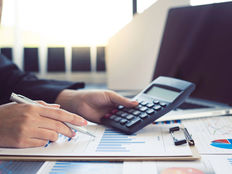 Women Denied Pay Raises More Often Than Men, SHE Invests in Companies Pushing Against That Trend

The ongoing COVID-19 pandemic has hit economies and the workforce hard since its onset at the beginning of last year, but it is women by and large who are carrying the brunt of the fallout.

Studies have shown that women were affected in disproportionate numbers and were often the ones having to leave jobs or be forced to work from home to balance childcare, care for elderly, and a whole host of other responsibilities that fell largely on their shoulders in higher percentages than men. With schools reopening to in-person attendance for children this fall across the country, women are returning back to the workforce, but they are still being paid less and have fewer opportunities for advancement into the upper echelons of business.

The perception by many is that women aren’t asking for raises as often as men, but studies have found time and again that this isn’t true; women are being denied more often than men despite asking as often or more.

The Wall Street Journal reports on an Australian study from 2018 in which raises were requested in the same amount, but men were given them 20% of the time while women were only granted a raise 15% of the time. The study was then replicated in the U.S. and found that women asked for raises and promotions 64% of the time, compared to men at 59%; despite this, the women were denied two times as often as the men in the study.

In 2020, the U.S. Bureau of Labor and Statistics reported that women were earning 82 cents to every dollar a man earned, with the gap increasing for both women of color and women climbing the ranks within a company. Senior level women in director roles earn 71% of what male counterparts do, and in the vice president roles within companies, they earn 55% of what men do.

State Street’s SHE Invests in Diversity

State Street Global Investors recognizes the importance of investing in a future that is more female by supporting the companies that are practicing gender equity today. The SPDR SSGA Gender Diversity Index ETF (SHE B-) offers data-driven exposure to companies with the highest diversity amongst leadership positions within their industries.

The benchmark pulls from the top 1,000 U.S. stocks by market capitalization, utilizing three different gender diversity screens to narrow down its selection universe.

For the purposes of the index, “executives” are defined as any position of vice president or higher in a company, or a position of managing director and above in a financial sector company.

According to their free-float market caps, the top-ranking 10% of companies within each sector are selected and weighted proportionally. Each stock has a maximum weight cap of 5%.