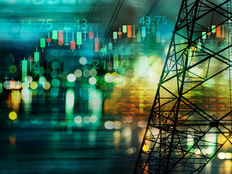 ACES Can Fill in Gaps in Green Energy Transition

The prior two years of energy equity performance is confirmation that the transition to renewable and green concepts isn’t linear and that some bumps along the way are to be expected.

For example, renewable energy equities and exchange traded funds, such as the ALPS Clean Energy ETF (ACES), dominated in 2020, easily trouncing rival fossil fuels assets. That script flipped in 2021 as the traditional energy sector roared back. That’s carrying over to 2022 as the old energy sector is soaring while the broader market struggles, but that doesn’t mean that the long-term ACES thesis is evaporating. Quite the contrary.

“A shift toward a lower carbon economy has captured investors’ attention, as sustainable investing evolves from an ethics-based discussion to an unmistakable investment opportunity. An effort to capitalize on the economic transition has led many investors to allocate away from energy companies reliant on fossil fuels in favor of their clean energy counterparts,” notes BlackRock.

Amid the renewables-to-fossil-fuels leadership shift in terms of equity market performance, some investors might be confused. Others may not realize that there are differences between “carbon neutral” and “carbon zero.”

“In 2050, it is almost certain that energy companies will exist, but they’ll function differently than they do today. The key is finding ways to identify innovative companies who will continue to evolve and lead in the transition to a lower carbon future,” adds BlackRock.

Something else to consider is the technological element of the green energy transition. That’s something not all ETFs tap into, but ACES, which follows the CIBC Atlas Clean Energy Index, has solid roots in clean technology concepts, which could be a long-term plus for the ALPS fund. Put simply, green companies have to be tech-proficient to amass and maintain market share.

“One of the most effective signals for energy transition is looking at green patent filings. Trends in patent applications help us grasp patterns of innovation, technologies impacting other business functions, and job growth,” according to BlackRock.

At the end of the fourth quarter, 80% of ACES’ components were mid- and small-cap stocks, indicating that the ETF is comprised of nimble companies that can meet the evolutionary demands of the renewable energy transition.