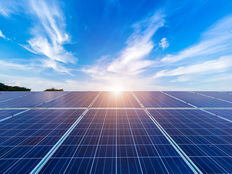 The news of U.S. fiscal stimulus possibly being injected into clean energy companies supercharged all seven of ACES’ U.S. and Canada-focused clean energy segments last week, with ACES’ solar segment (27.57% of the fund as of July 29), which gained an astounding 32.28%, leading the pack, according to ALPS.

Solar stocks also had the added catalyst of blowout earnings last week from microinverter name Enphase Energy Inc. (ENPH, 6.52% weight in ACES as of July 29), which jumped over 34% and reported record revenue in Q2 on a 69% rise in European sales, ALPS wrote.