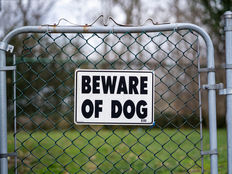 This Dog Has Bite: 'SDOG' and the 'Dogs of the Dow'

The ALPS Sector Dividend Dogs ETF (SDOG B+) is a prime example of an asset benefiting from this year’s resurgence in value stocks. The good news is that some market observers believe there’s more room to run for previously undervalued names.

SDOG tries to reflect the performance of the S-Network Sector Dividend Dogs Index, which applies the “Dogs of the Dow Theory” on a sector-by-sector basis using the S&P 500 with a focus on high dividend exposure. SDOG’s equal-weight methodology is important because it reduces sector-level risk and dependence of some groups that are considered to be imperiled value ideas.

“The broad market rally over the past year has now lifted stocks in nearly every sector, and it might be time for investors to focus on finding individual winners to keep growing their portfolios, according to Goldman Sachs,” reports Jesse Pound for CNBC. “The firm’s research analysts said in a note on Wednesday that value investors should, in the current environment, take a closer look at companies’ individual financial results to find some gems.”

SDOG boasts significant exposure to both the financial and healthcare sectors.

Inflation fears have been permeating the markets as of late, especially if the economy bounces back quicker than anticipated amid a vaccination rollout. The Federal Reserve, despite its vow to keep rates low, has hinted that rates could rise should the economic climate warrant the change. A rise in rates could help profits for financials when it comes to loan products.

As for healthcare, it’s a tried and true sector that can withstand the ups and downs of most economic environments.

“While the backdrop of higher rates, higher inflation breakevens and a steeper yield curve has been supportive, given the run since mid-February and the temporary nature of Value rallies in recent years we expect that fundamentals may play an important role in the sustainability of a further move higher,” writes Goldman Sachs.

While they generally have solid fundamentals, value stocks may have lost popularity in the market and are considered bargain-priced compared with their competitors. Value fans believe this time may be different for value stocks, pointing to improving investment sentiment measures, abating fears of a recession, rebounding corporate profits, and lessening trade tensions between the U.S. and China.