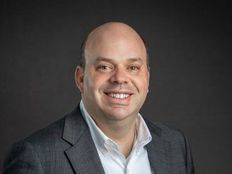 Drilling Down on What's In Energy ETFs

While they have sold off in June, equity ETFs focused on the U.S. energy sector have significantly outperformed the broader market, aided by higher commodity prices and strong earnings for companies across the energy ecosystem. The Energy Select Sector SPDR ETF (XLE A) was recently up 35% for the year, crushing the broader benchmark that was still in bear market territory and down 21%. Despite its relative size, XLE was the fifth most-researched ETF page in VettaFi’s ETF database in 2022. Yet, the fund is just one of many strong-performing energy ETFs for advisors to consider.

XLE is the industry heavyweight with $37 billion in assets and is market cap-weighted, which has resulted in the assets being heavily concentrated in Chevron (CVX) and Exxon Mobil (XOM); these two stocks combined were 45% of assets. More moderately sized but still large-cap energy companies ConocoPhillips (COP), EOG Resources (EOG), and Pioneer Resources (PXD) are other top-10 holdings. However, the fund only has 21 positions.

Meanwhile, the Vanguard Energy ETF (VDE A) is also market cap-weighted and highly dependent on CVX and XOM (37% combined recent assets), but the $8 billion ETF has 111 positions, including many small- and mid-cap holdings that are not part of the S&P 500 Index, such as Green Plains (GPRE) and World Fuel Services (INT). VDE was the second most-researched energy ETF on VettaFi’s platform behind XLE.

The Alerian MLP ETF (AMLP A-) has $6 billion in assets and is focused on midstream companies with pipelines and storage terminals that support U.S. energy supply as well as domestic and global demand. These include Enterprise Products Partners (EPD) and Magellan Midstream Partners (MMP). Interestingly, the S&P 500 does not own any MLPs.

As a result, XLE and the $560 million Invesco S&P 500 Equal Weight Energy ETF (RYE A-), which takes a more diversified approach to obtaining large-cap energy exposure, are missing out on the stable cash flow generated by midstream companies inside AMLP.

Even with the strong run in 2022, the S&P 500 Index has less than 5% of assets in energy companies. Advisors who want to overweight the sector have a range of products to dive deep into.