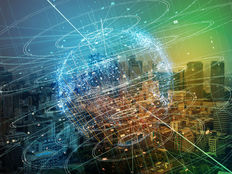 Up almost 34% year-to-date, the ALPS Disruptive Technologies ETF (DTEC A-) clearly isn’t lacking for catalysts, but the diversified, disruptive technology fund may be getting more thanks to the incoming Biden Administration.

The president-elect has ambitious plans for boosting the number of charging stations across the U.S. Should that policy come to life, it could benefit DTEC’s clean energy and smart grid allocation.

“Specifically, the president-elect has a plan to install 500,000 electric vehicle charging cords, roughly a five-fold increase in the nation’s EV infrastructure that could cost more than $5 billion,” reports Kyle Stock for Bloomberg.

Though it’s not a dedicated electric vehicle ETF, DTEC offers investors leverage to that theme via its clean energy and smart grid exposures. Some of the companies in the fund could be players in the fight to address high grid costs and low revenues faced by EV charging and storage providers.

Due to the increased concerns over environmental issues, global governments are supporting the development of electric vehicles worldwide. Consequently, the high voltage battery market will continue to enjoy increased interest and investments as electric vehicles is expected to drive the growth.

While charging rates remain low by virtue of the fact electric vehicles represent a small percentage of global fleets, there’s still a case for energy storage, which could benefit DTEC over the long haul.

“The 500,000-unit pledge was part of Biden’s platform when he was running for the job but largely overlooked in a grinding campaign dominated by the pandemic. Now, the industry hopes he’ll stick with it. But it is a wildly ambitious strategy to overcome one of the biggest hurdles facing EVs: Would-be drivers fear they won’t have enough places to charge up,” according to Bloomberg.

Other technology funds to consider include the Technology Select Sector SPDR ETF (XLK A) and the Fidelity MSCI Information Technology Index ETF (FTEC A).