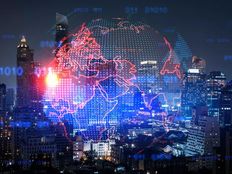 It’s been a while since international equities topped U.S. rivals, and an obvious result of that lengthy timeframe is investors pondering whether or not they should bother with ex-U.S. stocks.

Some analysts argue that international stocks are still relevant, particularly for the portfolio diversification benefits offered by the asset class. With that perk in mind, investors may want to evaluate exchange traded funds such as the ALPS International Sector Dividend Dogs ETF (IDOG B-).

Over the past several years, correlations between domestic and international equities have been unusually tight, indicating that investors aren’t getting much in the way of diversification benefits. Should that scenario revert to prior form, a fund like IDOG could be appropriate for a variety of investors.

“Correlations between the U.S. and international markets have been lower in some previous periods, such as from 2004 through 2008, when the U.S. dollar was generally on the decline. If the greenback goes into another longer-term slump, it’s conceivable that correlations between U.S. and international markets could again drift lower,” notes Morningstar analyst Amy Arnott.

The point about correlations shouldn’t be ignored, but to its credit, IDOG is positive on a year-to-date basis while the same can’t be said of the S&P 500. Likewise, the ALPS fund is in the green while the MSCI EAFE Index is lower by 6.56%, as of March 28.

Adding to the case for IDOG are historical correlations indicating that domestic and international stocks are not always joined at the hip.

“In addition, correlations were much lower in earlier decades. For example, correlations between U.S. and non-U.S. stocks were as low as 0.12 during the 1970s, 0.29 in the 1980s, and 0.54 in the 1990s, making them much more effective for portfolio diversification during those periods,” adds Arnott.

IDOG also offers the benefits of a dividend yield of 3.57% and the potential for robust dividend growth in many of the countries represented in the fund, indicating that the ALPS ETF could be a meaningful inflation-fighting tool as well as an idea for combating still-low interest rates in the U.S.