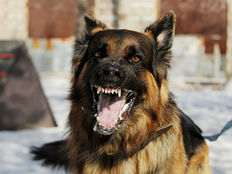 Inflation Biting Your Earnings? This ETF Bites Back

The issue of inflation and the resurgence of value stock ETFs are two hot topics halfway into 2021.

Either scenario could benefit the ALPS Sector Dividend Dogs ETF (SDOG B). The ETF is higher by over 25% year-to-date. That puts it ahead of the S&P 500 by more than 1,100 basis points.

An obvious reason for SDOG’s dominant showing this year is its abundant cyclical value exposure. The cyclical sectors include consumer discretionary, financial services, materials, and real estate. SDOG equally weights its sector exposures, allocating over 30% of its roster to consumer cyclical, financials, and materials fare (real estate is excluded from the fund). That’s a healthy advantage over the 26.6% the S&P 500 devotes to those sectors.

“When bond yields rise, investors who want an acceptable yield on income investments seek out shares with higher yields as a home for whatever money they have available for equities. Companies paying higher dividends fit the bill, so they can attract extra buying interest that lifts their prices,” reports Jacob Sonenshine for Barron’s.

Indicating that there’s some circular reasoning at play for SDOG in the current environment, many of the sectors that historically perform well when inflation arrives are cyclical groups because it’s often a strengthening economy that stokes inflationary fears in the first place. Cyclical sectors, such as consumer discretionary and materials, are levered to improving economic settings.

“And during three of the four major periods when value stocks outperformed growth in recent decades—2016, 1992, and the early 2000s—companies with high dividends outpaced those offering less,” Barron’s reports, citing Cirrus Research.