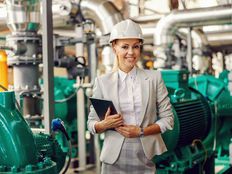 Master limited partnerships (MLPs), including those residing in the ALPS Alerian MLP ETF (AMLP A), don’t produce oil and natural gas, but midstream operators do play important roles in the country’s ambitions to be energy independent.

Ensuring that energy commodities are efficiently transported and that a robust network backstops that transportation is a vital part of energy independence. That’s the forte of many AMLP components, confirming the largest MLP exchange traded fund is a credible play on efforts to regain net exporter status.

“The long-proclaimed pursuit of energy independence became a reality in 2020, marking the first time the US exported more energy than it imported on an annual basis. While steady global demand continues to drive US energy exports higher, supply and demand shifts caused by COVID-19 have temporarily reverted the US to a net importer of energy for the foreseeable future,” writes Alerian analyst Mauricio Samaniego.

Currently, the US is a net exporter of refined petroleum products, though many of the refined energy products produced on a domestic basis are consumed within this country. Either way, those products need to be moved from point of output to end markets.

Additionally, booming domestic oil and natural gas output in recent years is bolstering the net exporter case, particularly when it comes to liquefied natural gas (LNG). The U.S. is into a fifth year of being a net exporter of natural gas.

“Significant growth in domestic oil and natural gas production over the last decade has led to a sharp rise in energy exports, placing the US on a steadfast path towards energy independence,” adds Samaniego.

While the coronavirus pandemic threw energy ambitions for a loop, the downturn may end up being just a blip on the radar.

“The US’s growing dominance as a natural gas exporter is expected to strengthen further as additional LNG capacity comes online and countries increasingly shift to cleaner energy sources. With a global recovery ahead, ensuing oil and refined product demand—and higher domestic oil production—could revert the US to net exporter of petroleum in 2023 and beyond,” concludes Samaniego.