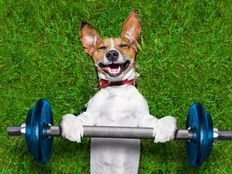 This Dog Is Durable

It’s often said that every dog has its day. The ALPS Sector Dividend Dogs ETF (SDOG A-) is having its day now — actually, it’s had more than four months’ worth.

The exchange traded fund is up 2.43% year-to-date. That doesn’t sound like much, but consider that SDOG has built that performance as the S&P 500 is down 16.17% this year. SDOG is also outperforming a slew of dividend ETFs in 2022.

The secret to SDOG’s success this year isn’t much of a secret. In fact, it should be a point of emphasis for investors considering the ALPS fund. SDOG equally weights 10 of the 11 global industry classification standard (GICS) sectors, excluding real estate. Said another way, SDOG is underweight to some of the sectors dragging on the broader market this year while being overweight to energy — the star sector.

“Admittedly, some of the outperformance from income investments can be attributed to avoidance of weaker sectors like tech and communication services,” writes Alerian analyst Stacey Morris.

SDOG, which yields a tidy 3.26%, allocates approximately 29% of its combined weight to the communication services, consumer discretionary, and technology sectors — three of the worst-performing groups this year. Conversely, the S&P 500 devotes 27.25% of its weight to the lagging tech sector, underscoring the point that growth-heavy broad market funds, of which SDOG is not one, are vulnerable in the current market climate.

“The benefit of having less exposure to these sectors is evident in the performance of the S-Network Sector Dividends Dogs Index (SDOGX), which is the underlying index for the ALPS Sector Dividend Dogs ETF (SDOG). SDOGX selects the five highest-yielding stocks in each sector of the S&P 500 (real estate excluded) and applies an equal weighting scheme,” adds Morris. “Compared to the SPX, SDOGX has been underweight the three lagging sectors highlighted below and overweight energy, which has resulted in positive index performance through April.”

While technology and, to a lesser extent, consumer cyclical aren’t known as prime dividend destinations, that doesn’t mean that SDOG will eschew those sectors. As noted above, the fund doesn’t take that approach. However, SDOG’s value tilt confirms that the fund focuses on dividend-payers in those sectors. As the ETF’s 2022 performance confirms, the strategy is paying off for investors in the form of better returns and a higher dividend yield than what is found with the S&P 500 and aggregate bond strategies.

“Dividend strategies focused on quality tend to be more defensive and have less exposure to technology, which has supported performance. With interest rates rising, bonds have not surprisingly fallen, but the benchmark bond indexes shown have still fared better than the broader market,” concludes Morris.