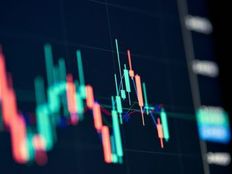 What Does Traditional Energy's Domination Mean For ESG?

The economic headwinds that have marred the market this year are posing a test of resolve for investors who eschewed carbon-intensive traditional energy exposure amid ESG’s recent rise to prominence.

Firms with hard energy exclusion policies haven’t capitulated yet, according to a survey of institutional investors by Alliance Bernstein earlier this month. But approximately a third of investors who maintained a minimal exposure to energy have added to the sector’s weight in their portfolio, a doubling compared to the 15% that added energy assets when the firm surveyed them in March.

After a hotter-than-expected inflation print sent markets selling off on June 10 and 13, energy is now the only S&P sector with a positive return in 2022. It’s also trouncing every other sector with a 53% gain year-to-date.

The effects are clear among the leading ETFs in the traditional and renewable energy spaces. The four largest traditional energy ETFs are all positive on the year, with funds tracking large-cap energy equities up more than 50% and the energy infrastructure-focused Alerian MLP ETF (AMLP A-) up almost 18%.

Renewables have been caught up in the downturn of the broader market, with the four largest ETFs in the space down between 4.4% and 28.7% year-to-date as of Friday.

Funds tracking the traditional energy sector can track much of their outperformance this year  to February 24, when Russia began its latest invasion of Ukraine and provoked widespread curbs on oil and gas from Western countries. Even if Russia were to immediately withdraw its offensive, the country’s reputational damage would likely mean Russian oil would not be welcome in Western countries any time soon.

The basket of the four largest traditional energy ETFs tracking fossil fuels equities have lost a net $88.15 million as of Thursday after a round of profit-taking, while funds tracking companies involved in the production of solar, wind and other forms of renewable energy have lost a combined $776 million.

The Conversation With Clients

The sector’s outperformance amid market chaos this year have spurred advisors to consider adding more client assets to energy this year, particularly since Russia’s invasion and the resulting disruption in oil has reverberated across the markets through increasing inflationary effects across the board.

“I think it does make the decision about whether or not to exclude legacy energy a little bit more difficult for some investors and advisors,” said Paul Baiocchi, chief ETF strategist at SS&C ALPS. “I think there’s real anecdotal evidence that advisors are grappling with this.”

For Massachusetts-based Willow, a $150 million advisory shop that is required to create benefits for the public good as part of its designation as a B-Corp, the conversations on just how much energy exposure a client wants is a matter of setting expectations.

Willow Managing Director Paul Farella estimated 10% to 15% of Willow’s clients have a hard screen against any traditional energy exposure, with another large portion of clients that would “rather not” be in that sector but are willing to compromise for greater returns.

Farella said clients who decide against energy exposure do so understanding that their returns will be hurt within the current market cycle and macroeconomic environment. The clients that are open to energy exposure rely on Willow’s assessments of how committed a specific company is toward moving to a zero-carbon future.

The shift to a fully electrified economy is going to take several years at the minimum, as building out or retrofitting power grids and transportation infrastructure to not be based around the internal combustion engine just in the U.S. will require herculean amounts of money, labor and resources.

The goal is to figure out which oil and gas companies are so-called “ESG improvers”, or firms that currently wouldn’t score well on climate and social impact-related metrics but are taking significant steps to improve.

Willow also votes its shares in energy companies in favor of social and environmental initiatives, although Farella admits the firm’s voting power among oil and gas companies is minimal.

The uniquely difficult set of circumstances around the global economy and fate of the climate could lead to a rethink over ESG’s mechanism of action. The common method among ETFs, including the largest funds trading today, is to remove firms that don’t reach specific thresholds within ESG ranking lists, or derive a portion of their revenues from ESG taboos like carbon extraction, firearms or tobacco production.

Farella argues that the reality of the markets can allow ESG-minded investors to have some traditional energy exposure not just to generate returns in the current cycle, but also to put some pressure on energy companies toward decarbonizing.

“We’ve never been fans of the divestiture movements because you essentially leave your seat at the table, you give up your voice by doing that,” he said. “So by remaining in these companies, we can at least try to push that needle a little bit, and at the same time accept the reality that oil and gas are currently what makes the world go round.”

While the scramble to secure enough traditional energy sources around the world has proven for a solid basis of return this year, it may not be a death knell to the long-term investment opportunities of the energy transition.

VettaFi Financial Futurist Dave Nadig said ESG should be seen not as a bet that fossil fuel prices will plummet, but that the global economy will restructure itself in the coming years away from its dependence on carbon energy.

That transition will be messy as evidenced by the war in Ukraine, with the resulting squeeze in fuel prices so sharp that President Joe Biden has asked American refiners to boost output despite his campaign promises around climate change.

Yet the half-year of soaring gas prices and the growing pressure on Biden to quell inflation isn’t going to undo the progress on renewables Nadig points to within the existing economy, a transition he expects to last over multiple market cycles and throughout the world.

“People aren’t going to be tearing their solar panels off their roofs,” Nadig said.