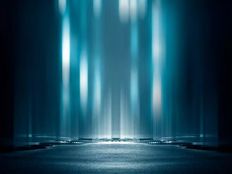 With Energy Security in Focus, ACES Has Allure

Russia’s ongoing war with Ukraine is among the reasons that oil prices are soaring this year. Those high prices and geopolitical tensions are reminders that, for many nations, energy security is an essential element in broader national security plans.

While the ALPS Clean Energy ETF (ACES A-) and related exchange traded funds probably aren’t being discussed in national security briefings, the reality is that broader commitments to renewable energy can help some countries enhance their energy security policies.

The conflict in Eastern Europe also underscores the point that fossil fuels and renewable energy need to work in tandem until the latter can take on a larger share of power generation and transportation burdens.

“Traditional and renewable energy winners are not mutually exclusive, and we see parallel benefits from (A) greater onshoring/rising prices for traditional energy players and (B) government support for renewables, which also benefit from falling costs and growing consumer and business preferences for clean energy,” said Morgan Stanley in a recent note to clients.

ACES and its member firms are increasingly relevant as more nations, particularly in the developed world, are making expansive net-zero commitments that will require significant capital contributions. That could drive top and bottom line growth for ACES holdings.

“Morgan Stanley said favorable legislation is likely as nations set decarbonization targets. But even without new policies, the firm said that ‘many stocks in the sector represent excellent buying opportunities,’” reports Pippa Stevens for CNBC.

The bank highlights several fossil fuel and renewable energy plays that are valid ideas at a time of elevated energy security concerns.

“One of the stocks the firm favors is residential solar company Sunrun, which is the largest rooftop panel installer in the U.S.,” according to CNBC. “The stock has been cut in half over the last year, and shares now trade below $30. This price reflects the assumption that the company will go out of business in the next three years, according to Morgan Stanley.”

Sunrun (RUN) is the eighth-largest component in ACES at a weight of 4.25%.

“We believe the rapid growth in electric vehicle (EV) adoption will be a major source of upside for RUN, and we believe EV customer adoption of rooftop solar could create as much value for RUN as RUN’s entire current business,” adds Morgan Stanley.