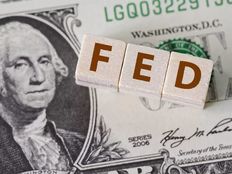 Everything to Know About Expectations for Fed Rate

There are a number of headwinds facing economies and markets right now which are expected to continue the heightened volatility seen recently; however, according to Kristina Hooper, chief global market strategist at Invesco, none should be a deterrent for investors with a longer-term investing horizon.

Much of investors’ recent attention has been focused on the Federal Reserve and its plan to combat rising inflation. Year-over-year CPI readings have been recorded at levels not seen in over four decades.

The Fed has taken observers on a roller coaster ride in recent months in terms of expectations, Hooper wrote. At December’s Federal Open Market Committee meeting press conference, the Fed had pivoted more hawkishly, and then it pivoted again, more softly, with Russia’s invasion of Ukraine.

In the last month, expectations for rates, as represented by Fed funds futures, have shifted significantly, both in the shorter term and in the longer term, according to Hooper.

Hooper said it’s also important to keep an eye on financial market-based indicators of inflation expectations. So far, the relationship between Treasuries and inflation-protected Treasuries indicates an expectation for higher inflation in the nearer term that moves lower in the longer term, although expectations for all time frames are elevated.