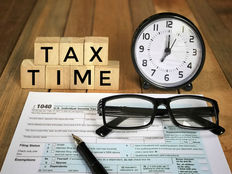 The ETF Tax Proposal Is Flawed

Of the myriad tax proposals floating around on Capitol Hill these days, there’s one pertaining directly to exchange traded funds that may be getting lost in the shuffle outside of ETF industry circles.

“The effort would address an advantage for ETFs that stems from a law dating back to the Nixon administration. The law exempts so-called regulated investment companies, or RICs, from recognizing a taxable gain on assets if shareholders are paid out ‘in kind.’ In other words, if withdrawing investors are paid in securities like stocks rather than in cash,” reports Bloomberg.

To put it in simple terms, investors holding shares of an actively managed fund are stuck with capital gains distributions when the manager executes a winning trade. Due to the in-kind process used by ETFs, capital gains are rare with the asset class, making ETFs more tax-efficient than mutual funds. Many ETF experts and issuers, predictably, aren’t fond of the idea of eliminating that tax advantage.

“But one of the elements of that proposal is aimed specifically at the tax loophole that allows registered investment funds to get rid of securities from the portfolio on an in-kind basis and avoid any tax consequences as a result, because they’re not directly selling them,” says Morningstar’s Ben Johnson. “Now, this would disproportionately affect ETFs for all the reasons that I’ve described and make them incrementally less tax-efficient than they are today, and their tax efficiency, frankly, has been a primary point of appeal, most notably and most understandably, among investors who are allocating taxable money to them.”

Another issue with the Wyden proposal is that it would have wide-ranging consequences if implemented. Measure it against other tax proposals that, at least on the surface, are targeted. For example, the White House wants to raise taxes on companies and individuals earning more than $400,000 per year.

However, as highlighted by ETFs seemingly posting annual inflows records on a yearly basis, plenty of smaller investors that embraced ETFs due to low fees and tax benefits could be hampered by the Wyden proposal, too.

“We’re talking about a very democratic vehicle, a vehicle that’s owned by investors of all types, of all levels of income, of all levels of assets and irrespective of whether you’ve got $1 billion invested in an ETF or $1,000 invested in an ETF with taxable money, you are benefiting from the status quo, the way that ETFs operate today from their current tax efficiency vis-à-vis traditional open-ended funds,” adds Johnson.

By some estimates, the Wyden plan regarding ETFs would generate $205 billion in revenue for the federal government over a decade. To put that number into context, it’s not even 10% of Apple’s (NASDAQ:AAPL) market cap, and it barely puts a dent in the $3.5 trillion the White House is proposing in the budget reconciliation package.