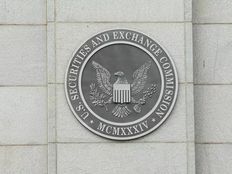 The SEC Has Set Its Sights on Retail Traders

The Securities and Exchange Commission aims to change the investment experience for retail investors by reworking stock trading that would increase competition and provide more transparency regarding prices while shaking up the way that wholesalers and the like operate. The changes would be some of the biggest ones to U.S. equity markets in over a decade.

The SEC has had its eye on retail investors since the “meme stock” craze of 2021 when retail investors gained notable attention from Wall Street by bandying behind a select assortment of companies and creating short squeezes on those stocks.

Utilizing social media platforms, groups of retail investors identified companies whose stocks had a large number of short-sellers (traders that borrow shares and sell them at current market prices, with the intent to purchase them later at reduced prices, netting a profit), and piled into the stocks, driving up the process and forcing short-sellers to have to buy at higher prices instead.

These groups of retail investors relied on platforms such as Robinhood and other retail brokerages to transact their trades, who in turn, under current rules, can send them directly to wholesalers to execute the trades as long as the price is either being matched or is a better price than what’s available on U.S. exchanges.

The Problems with Pay For Order Flow

This is one of the key pain points that Federal Chair Gary Gensler sees with the existing system. Currently, the pay for order flow (PFOF) used in existing markets means that wholesalers are paying brokerages like Robinhood for orders, creating enormous potential for conflicts of interest and narrowing the options available to a select handful of wholesalers and the like. It’s created an environment where only a few highly concentrated market makers are buying all of the retail order flow, according to Gensler, as well as encouraging problematic behaviors.

“As the [SEC] staff wrote in the GameStop report, payment for order flow may incentivize broker-dealers to use digital engagement practices, such as gamification, to increase customer trading,” Gensler said in a speech before the Sandler Global Exchange Conference.

Another somewhat related disadvantage for retail investors is seen in exchange rebates, whereby exchanges offer rebates for traders, with the high-volume traders benefiting while retail investors are unable to participate. Gensler wants to create more transparency around exchange fees as well as rebates to allow retail investors to make more informed decisions with increased and better information.

The Creation of an Auction System

In the current environment, because of the way that orders flow from brokers to wholesalers, larger investors such as institutional investors and pension funds don’t get any chance to compete with these orders. It’s created a system that some believe offers retail investors an unfair advantage as they get access to prices that are slightly better than the NBBO.

Out of this comes one of the biggest changes to the current system, one centered around “best execution” requirements. This would mean brokers would send their order to an auction run by exchanges and off-exchange trading venues, where market participants could compete against the orders, sources told CNBC. This would fundamentally change that way that wholesalers operate.

“We need an order-by-order standard for best execution and open competition for order flow in order to provide the best outcomes for retail investors. This will force greater competition, and could help to end the off-exchange oligopoly that has controlled that market for too long,” said Dave Lauer, CEO of Urvin Finance.

The Issues of Price Execution and Tick Sizes

Another glaring issue to the SEC is the inability for retail investors to compare price execution performance across brokerages because brokers are not required to disclose this information, only wholesalers, exchanges, and other market center entities. Proposed changes would be to include this information on monthly Rule 605 reports from broker-dealers.

Wholesalers are often allowed to remain competitive by offering share prices that sometimes are only hundredths of a penny off of exchange prices, which are limited to penny increment tick sizes. It’s a limitation that Gensler believes is restricting the competitiveness of exchanges. In the first five months of 2022, sub-penny trades made up 37% of the trades happening off-exchange. Gensler would like to level that playing field by shrinking the minimum tick size as well as using the same tick size requirements across market centers.

Along similar lines is the issue of the National Best Bid and Offer, which currently provides aggregated prices across all exchanges and offers investors transparency before they engage in a trade, but currently only pulls pricing data on quotes that have at least 100 shares.

This is problematic for retail investors, who often transact in what are called odd lots of less than 100 — the SEC has passed a rule to address this (the Market Infrastructure Rule) but it will take years to implement.

Gensler is pushing to have these changes expedited after they were recently upheld in court, changes that would create more transparency in addition to providing better pricing information for retail investors, while also proposing the creation of an odd-lot best bid and offer.

“It’s not clear, given the current market segmentation, concentration, and lack of a level playing field, that our current national market system is as fair and competitive as possible for investors,” said Gensler.

Gensler’s changes have been received in a predictably divided fashion, with participants within the current system viewing the changes as unnecessary and potentially driving up trading costs for retail investors. Those in favor see it as a much-needed system overhaul that is long overdue but underscored the need for caution.

“Any changes to the rules governing the current equity market structure should be considered holistically with a view to ensuring there are no negative, unintended consequences for investors,” Kenneth Bentsen, president of the Securities Industry and Financial Markets Association, told the WSJ in an email.

Former SEC official Brett Redfearn said that the SEC would have to make a strong case that there is an existing problem for retail investors and that the solutions would be better than the current market mechanisms.

“That’s a tall order as investors today generally have a very good experience,” Redfearn said. “Whatever is proposed will almost certainly be modified as a result of a lively comment period, and there’s a good chance that any approved rule will end up in court.”