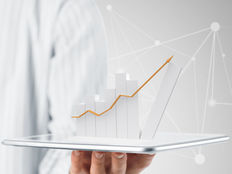 Up Over 100%, This Fund May Have Even More Room to Run

Amid speculation that the yield curve is flattening, small cap stocks encountered headwinds last week with the Russell 2000 Index sliding 4.2%.

While plenty of market participants are eager for growth stocks to come back into focus, investors shouldn’t be hasty in dismissing RZV and its heavily cyclical lineup. In fact, some analysts see more upside ahead for cyclical equities.

Ingredients Are There for More RZV Upside

Over the course of the current cyclical value renaissance, some market observers questioned the veracity of the rally, speculating that the upside was being generated by financially flimsy, low quality cyclical stocks.

Those are relevant concerns, particularly with smaller stocks, some of which may be struggling to reach profitability. However, things are looking up for small cap value names because earnings growth estimates in the space are trending higher and, as CNBC reports, “earnings and sales revision ratios hit new all-time highs.”

In this vein, Wall Street is expecting that some small cap cyclicals will knock the cover off the ball when the second quarter earnings seasons starts in earnest next month. Regarding RZV, expectations of improving earnings are reasonable because the allocates almost 38% of its combined weight to financial services and consumer discretionary stocks.

Small cap financials are among the biggest beneficiaries of the recent surge in 10-year Treasury yields, which boosts net interest margins for banks. Likewise, RZV consumer cyclical holdings are benefiting from the reopening trade and consumers eager to spend again.

Lastly, “some of the stocks that have been hit have actually seen earnings and revenue estimates move higher and now these stocks are cheap,” added DeSanctis.