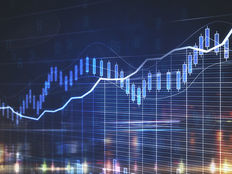 Why Investors Are Backing the BAB ETF

Investors could be forgiven if, at the height of the coronavirus pandemic, they grew jittery over municipal bonds.

Back then, concerns about some states’ and municipalities’ finances were exposed amid economic shutdowns and accelerating unemployment. Fast forward to 2021 and the darkest of scenarios didn’t come to pass for municipal bonds, indicating that debt and exchange traded funds such as the Invesco Taxable Municipal Bond Fund (BAB A-) are on firm footing.

“Higher-earning individuals remained disproportionately employed, and real estate and equity markets bounced back fairly quickly—all of which helped buoy tax revenues in certain states,” writes Charles Schwab’s Cooper Howard. “As a result, the municipal bonds issued by state and local governments proved similarly resilient, with defaults in 2020 tracking well below the totals realized in the wake of the Great Recession.”

Some of the progress on the state and local financing front is starting to be reflected in BAB’s price action. The Invesco ETF gained 1.07% last week and resides just 2.36% below its 52-week high.

Building Back Better with BAB

There are other encouraging signs for muni bonds and BAB. As Schwab’s Howard notes, despite the pandemic, almost half the 50 states actually collected more in taxes during the April through December 2020 period than they did in year-earlier time frame. Plus, municipal bond credit risk appears benign for now.

“Indeed, credit risks in the muni market are waning, largely due to the recently passed $1.9 trillion relief package, which provided substantial direct aid to many muni issuers,” said Howard. “It also contained a number of provisions to help support economic growth, which should eventually flow to many municipalities via higher income, sales, and other tax revenues.”

On the credit quality front, BAB is ideal for conservative investors because 85% of its 585 holdings are rated AAA, AA, or A on the S&P scale, according to Invesco data.

Even if state finances suddenly sour, which doesn’t appear likely at the moment, prevailing wisdom is that the worst-case scenario is ratings downgrades, not defaults. With the economic recovery gaining traction, neither outcome appears likely. Additionally, BAB’s credit profile is ideally positioned for an environment in which the unexpected could arrive at any moment.

“Although credit risks are lower now, it’s wise to focus the bulk of your portfolio on issuers rated A/A and higher, with some exposure to issuers at the lower end of the investment-grade spectrum (BBB/Baa) if your risk tolerance allows it,” concludes Howard.