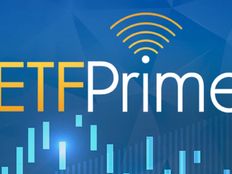 On this week’s episode of ETF Prime, host Nate Geraci is joined by ETF Trends’ Dave Nadig, who talks about Russia ETFs and Emerging Market ETFs that have exposure to Russian securities in the face of MSCI delisting Russia from the Emerging Market Index. Later Geraci is joined by Gabriel Hammond, co-founder and CEO of Emles, to explain how they approach ETFs and several of their ETF offerings, including the currently popular Emles Federal Contractors ETF (FEDX A-).

The discussion opens by talking about the events following the invasion of Ukraine by Russia and the sanctions put in place by countries around the world that are continuing today, and Russia’s counter-response of ultimately closing the Moscow Stock Exchange. Nadig explains that the last time Russia closed their markets was in 1917. They remained closed for decades. The primary concern now is if Russia will honor international property rights.

“When we look back at examples of things like this have happened before, you really have to look at things like Cuba or Iran in the ’70s, wherein those cases it’s not that the stock markets didn’t reopen; those companies ceased to exist, they were nationalized,” Nadig says.

The discussion moves on to some of the largest Russia-centric ETFs, the VanEck Russia ETF (RSX B), the iShares MSCI Russia ETF (ERUS B), the Franklin FTSE Russia ETF (FLRU C+), and the VanEck Russia Small-Cap ETF (RSXJ C), which all suspended creations last week and then traded at huge premiums before the NYSE and CBOE halted trading on them Friday, March 4.

Nadig explains the breakdown as one where creations ceased being able to happen because to create a basket of securities, it must be possible to purchase the underlying securities, but with Russia having banned all foreign investment, that step became impossible.

“What you were actually getting was a best-case kind of auction on the future of these companies in which one of the potential outcomes had just become not a tail-risk but a central tendency risk which is maybe nothing from a foreign investor’s perspective,” Nadig says. “So zero became a reasonable bound for the value because if they obviate property rights, then the value truly is zero.”

This week will see Russia removed from the Emerging Markets Index by MSCI, and Russian securities are already marked down to zero or a penny in virtually every fund. Nadig explains that investors concerned about their broader emerging market funds with Russian exposure should be aware that markets have already priced in that discount, and the price pain has already been felt as indexes prepare to remove Russian securities this week.

The Freedom 100 Emerging Markets ETF (FRDM C) has done exceptionally well as it never allocated to Russia, investing in countries based on its own freedom weighting methodology based on the belief that countries with low human and economic freedom scores will inherently carry more risk.

Gabriel Hammond, co-founder, and CEO of Emles, is on next to discuss several of their funds, including the popular Emles Alpha Opportunities ETF (EOPS), which is an actively managed fund with an equity long/short strategy that typically is only seen in hedge funds, but can have significant volatility with “lumpy” returns. It’s a high conviction, concentrated fund that seeks catalyst events for the securities it invests in.

Next, Hammond discusses the Emles Federal Contractors ETF (FEDX A-), which seeks to invest in companies that have contracts with the federal government.

“Bottom line, we think due to a variety of both economic and geopolitical factors, and we’ve seen these in play over the last two or three years, government spending has been increasing, and we don’t see this likely to decrease anytime soon,” Hammond says.

The lineup of funds from Emles is one that is based around high concentration strategies and includes the Emles Luxury Goods ETF (LUXE B), the Emles Real Estate Credit ETF (REC C+), the Emles Made in America ETF (AMER ), and the Emles @Home ETF (LIV C+).

Emles has announced that all creation fees collected through June 28th would be matched and donated to humanitarian efforts in Ukraine.