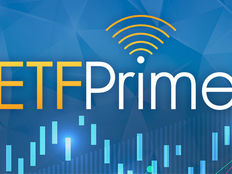 On this week’s episode of ETF Prime, host Nate Geraci is joined by Tom Lydon, CEO of ETF Trends, to discuss ETF performance and flows, as well as the recent challenges ARK has been facing. Later, Michael Natale, head of intermediary distribution at Northern Trust Asset Management, talks about hedging portfolios for inflation and FlexShares ETFs. The podcast closes with Christian Magoon, founder and CEO of Amplify ETFs, discussing the launch of the Amplify Inflation Fighter ETF (IWIN) and other Amplify ETFs offerings.

The discussion opens with Lydon discussing the decline of stocks and bonds broadly, both domestically and internationally, with the only positively performing asset classes being commodities and gold. An environment of rising rates and inflation has many advisors altering their traditional portfolio allocations from a 60/40 split to a 70/30, and sometimes even 80/20 allocation as they move out of bonds and into short-term cash and other alternatives.

While almost all stocks and bonds are down year-to-date, the Invesco Optimum Yield Diversified Commodity Strategy No K-1 ETF (PDBC ) is up 12%, and the SPDR Gold Shares (GLD A-) is up 4% as of Monday, February 21.

“This is the main concern among the advisor community, which is inflation. Even as we see the saber-rattling going on over in Russia and Ukraine, more people are concerned about how to fight inflation and if this is going to affect the Fed and the Fed action coming,” Lydon says.

Lydon explains that allocating commodities seems like a play that makes sense for advisors and will make sense to their clients. Lydon also talks about the increase being seen in overseas allocations.

The discussion moves to the ARK Innovation ETF (ARKK ), which Geraci says is down almost 60% from its highs in February 2021. Innovation, as founder and CEO of ARK Invest Cathie Wood has stressed time and again, is something that needs to be tracked and judged over a longer timespan than just a year but instead over a five-year time horizon.

“When you look at what she’s offering, it’s a different type of strategy and looking at the numbers, especially from a volatility standpoint, if you balance it as part of the portfolio, that volatility actually works for the overall portfolio,” Lydon says.

Next on is Michael Natale, who discusses that the last time inflation was this high was in 1982, which means that many investors are feeling the pressures of high inflation for the first time in their lifetimes. Natale explains that his firm still recommends a risk-on investment approach to its clients.

“We look at a 60/40 portfolio on a strategic basis, that’s five years for Northern Trust, and then we juxtapose that with a 12-month view, which is a tactical view, and right now we’re about 11% overweight to risk,” Natale says.

The FlexShares Morningstar Global Upstream Natural Resources Index Fund (GUNR A) is a commodity ETF that offers exposure with a cap to the energy sector (30%) while also investing in upstream equities that are as close to the natural resources as possible.

Last on is Christian Magoon, who discusses the Amplify Inflation Fighter ETF (IWIN), an actively managed fund that invests broadly in gold miners, land development companies, home builders, and more as well as the underlying commodities through commodity futures and ETFs, and in bitcoin through GBTC currently.

“This is a one of a kind of stop diversified way to dynamically own this big mix of stocks and commodities that should benefit from rising inflation or rising prices over time,” Magoon says.

Amplify believes that bitcoin offers the opportunity to be an inflationary hedge long-term because of its scarcity supply. The firm also offers the Amplify Transformational Data Sharing ETF (BLOK), the first and largest crypto ETF and is actively managed, as well as the Amplify CWP Enhanced Dividend Income ETF (DIVO), which invests in blue-chip dividend securities and is tilted to value.