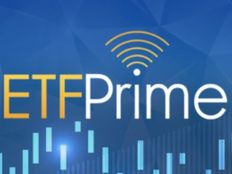 On this week’s ETF Prime, VettaFi’s Todd Rosenblugh spoke with host Nate Geraci about all the things he’s thankful for in the ETF industry this year. Later, Bitwise’s Matt Hougan discusses the FTX debacle, along with the future of crypto and possible crypto ETFs. Finally, NEOS Investments’ Troy Cates highlights their unique, options-based ETF lineup.

Kicking things off, Rosenbluth may be favoring Michigan over Ohio St. this weekend, but he’s much happier covering the things he’s thankful for in the world of ETFs, as noted in his article, Thankful Times in the ETF Industry, which highlights several ETF items certainly worth pointing out. Among those notable things is the fact that ETFs have already gathered $500 billion in assets this year.

“Money has consistently been moving out of equity mutual funds, year after year, and into ETFs,” Rosenbluth points out, which has remained the case in 2022. It’s a great sign for sure when considering the flow of things. While it may have been the worst year for bonds in Barclays/Agg history, yet there’s been so much movement into fixed income ETFs as a counter.

It’s not a huge surprise on the equity side, which, in turn, tends to bode well for the ETF market. However, seeing fixed income prosper in such a way has been quite the shock. Geraci even goes on to say he’s willing to believe that we will see $1 trillion in inflows, assuming the markets don’t suddenly plummet. Rosenbluth is inclined to agree, given all the room ahead for the ETF industry, let alone the current standing of things.

Rosenbluth goes on to note the other things he’s thankful for, such as how well-established asset managers have embraced ETFs and the fact that advisors have been willing to work with lesser-known ETF providers. That latter point has led to success for firms such as Horizon Kinetics with their first fund, the Horizon Kinetics Inflation Beneficiary ETF (INFL B), or iMGP’s alternative products, such as the iMGP DBi Managed Futures ETF (DBMF B+).

Many thanks are also given to VettaFi, which Geraci matches by noting, “from my perch, it has been really fun to watch everything at VettaFi this year. It is amazing to see everything come together with the brand. To see the quality of the content now being published and talked about on a daily basis. It has been a lot of fun to watch, and I’m very happy for you.”

Crypto Difficulties All Over

Later, Matt Hougan, chief investment officer at Bitwise Asset Management, arrives to talk plenty about, for better or worse, the frequently popular topic of crypto. There’s time here to get into the FTX situation and what it means for mainstream crypto adoption, mainstream regulation, and the possibility of a spot bitcoin ETF.

In a general sense, Hougan is not dancing around the fact that crypto had a challenging year. The Fed shifted from quantitative easing to quantitative tightening, which drove crypto markets down. Since then, there’s been a cascading credit crisis claiming multiple victims, including crypto hedge funds and, of course, FTX, which was exposed as a fraud. This has left crypto prices down 70-75% from their all-time high.

Looking at the perception of crypto, Hougan knows there is justified skepticism and feels the market may have been set back 6-12 months. It’s not the worst pullback for crypto, but the market has learned from this. As Hougan explains, when peeling back the layers revolving around the negative moments and looking at the fundamentals of crypto, they’re actually relatively strong. More developers are working with crypto. There’s more venture capital money moving through crypto than ever. Active user numbers are up. It’s a lot of positives, and yet there’s going to be a trust-based setback that will have an effect or a period here.

There’s also time for them to discuss two Bitwise funds, including the Bitwise Crypto Industry Innovators ETF (BITQ ) and the Bitwise Web3 ETF (BWEB ), which just rolled out at the beginning of October. BITQ is, of course, the first ETF that allowed crypto to be noted within the name, and it supports the infrastructure on which crypto sits. BWEB is more wrapped up with innovative financial and tech leaders.

The Options Are Out There

Coming in last but not least is Troy Cates, co-founder and managing partner of NEOS Investments, which, back in August, launched an initial suite of next-evolution income ETFs. These funds offer exposure to the S&P 500, the Bloomberg Aggregate Bond Index, and short-term U.S. treasuries. They use options-based strategies to generate additional income on top of the underlying exposure offered by each ETF.

Looking at options-based ETFs, they have been an area for pretty significant growth for the ETF market overall, between the shifting marketing environment and regulation changes. For Cates, after working in the options space for over a decade, the opportunity came from early products that included passively managed tracking indexes, leading into the active space. From there, the space continued to grow, leading to new providers and NEOS going forward to capture the next evolution of this area, which the funds are, of course, named after.