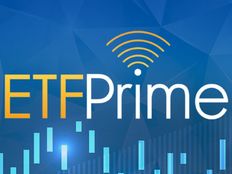 On this week’s episode of ETF Prime, host Nate Geraci is joined by ETF Trends’ CEO Tom Lydon, who offers his perspective on China’s Evergrande event and related investor behavior. Also joining the episode are VanEck’s CEO Jan van Eck and Grayscale’s Head of ETFs Dave LaValle, who discuss the state of Bitcoin ETFs, including the current regulatory landscape and what investors can expect in the future.

Originally, Geraci had planned this to be a live episode, heard from the main stage of the Inside ETFs conference in Miami. However, the continuing pandemic has made that impossible. Still, VanEck and LaValle have joined the show remotely to discuss all things Bitcoin ETF, including regulatory updates, the investment case for Bitcoin ETFs, and much more.

For their part, VanEck currently has two live Bitcoin ETF filings with the SEC, as well as an Ethereum ETF filing. The firm also has the VanEck Digital Transformation ETF (DAPP C+).

Similarly, Grayscale offers the Grayscale Bitcoin Trust (GBTC), a trust that holds physical bitcoin and has nearly $30 billion invested in it. The firm has publicly stated that it is “100% committed” to converting the trust into an ETF once that is possible.

Geraci notes that SEC Chairman Gary Gensler has become more aggressive on the regulatory front. This could be seen as a negative in terms of Bitcoin ETF prospects. However, both van Eck and LaValle remain optimistic.

Before digging into the prospects for a Bitcoin ETF, Lydon joins Geraci to discuss the still-evolving Evergrande situation, where global markets remain on edge about what will happen to the troubled Chinese conglomerate and its enormous mountain of debt.

As Lydon explains, the growth prospects of China’s market, in general, continue to be positive. That said, the average citizen in China has most of their wealth tied up in real estate, meaning that the Evergrande situation has caused some concern.

Lydon adds, “However, there’s a pretty big backstop in the Chinese government. So, if things do continue to go south, they’ve probably indicated early that they’ll be there to support it.”

He explains how while the Evergrande situation is something to be aware of, it doesn’t mean that it’s time for investors to sell all of their holdings in China. The media is undoubtedly trying to squeeze as much as it can from the story and playing into the drama of it all.

As far as how the average investor feels, Lydon believes that emotions play a significant role (and sell a lot of advertising). He emphasizes that it’s important to remain committed to the pillars of long-term investing, diversification, and low cost.

“When you talk about China, and you look at the online internet ETF, (KWEB B), it’s a huge amount of inflow after the recent decline, and it continues to do so," Lydon states. So, what does that mean? Are flows retail or institutional? According to KraneShares, it’s a little of both. So, at this point, those significant declines aren’t buying opportunities, but given the previous financial crisis, they can understandably cause some panic.