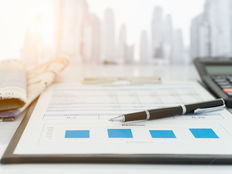 Given Lydon’s know-how regarding flows, the conversation begins with his thoughts on the annual ETF inflow record, which is on track to be broken, as things currently stand at around half a trillion dollars. Rates are at 30-year lows, which is good for the bond markets. Things are also very strong on the equity side, both domestic and international.

Commodities are putting up negative numbers, but it may have a lot to do with gold ETFs seeing some redemptions earlier this year.

“Markets also have some opportunities and challenges as well,” Lydon explains, as the conversation delves into the fixed income side of things.

The concern over rising rates and inflation can certainly be confusing for investors. With that in mind, Lydon explains how it’s the most challenging time in 30 years for fixed income allocation.

“The build-up of fixed income ETFs was very healthy in a declining rate environment,” Lydon notes. “However, if we look at today and the hint of inflation, the possibility of rising interest rates, investors and advisors are looking at the risk, and to many, it’s not worth it.”

As a result, many are taking their money and staying in money market funds, where holdings have reached a record amount. Meanwhile, advisors are pulling apart parts of the Barclays Agg and seeing alternative income strategies coming into play.

Many are making the death of the 60/40 portfolio their reality. Nevertheless, ETFs offer the tools to keep the fixed income portion of portfolios safer while grabbing at opportunities to increase yield.

Later in the episode, Morrison outlines her unique position of dealing with all sorts of ETF issuers, which allows her to be involved in the entire lifecycle of their products. From pre-launch activity of an ETF to listing the funds on an exchange, she deals with the full spectrum of bringing an ETF concept to reality.

Finally, Geraci speaks with McClurge, who has plenty to say about the Valkyrie Bitcoin ETF filing. The decision over its approval may have been delayed again by the SEC, but there is still plenty of promise surrounding the topic and what may come next.