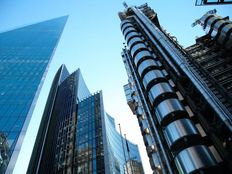 Once a large source of direct investment demand for municipal debt securities, retail investors are shifting their habits as more turn to the easy-to-use exchange traded fund vehicle to tap into the $4 trillion market.

According to Federal Reserve data, the value of bonds directly owned by households declined by $18 billion over the fourth quarter of 2021 to the lowest level since 2008, Bloomberg reports.

This does not mean that retail investors are ditching bond exposure. Instead, more buyers are picking up mutual funds and ETFs, which have roughly doubled their muni holdings over the past decade – the increased muni bond holdings reflect the increased money inflows that have funneled into these funds.

“When individual investors were the drivers of the market, every investor is different, and you had this incredible diversity for buyers and sellers,” Patrick Luby, municipal strategist at CreditSights, told Bloomberg. “Munis will maintain their appeal to individual investors, but I think the way they access munis will continue to shift.”

Luby argued that as interest rates declined over the last three decades, holding individual debt securities’ risk and reward tradeoff changed. The risk of losing their principal was no longer cushioned by the high yields. Furthermore, it also becomes harder for financial advisers to profit from educating investors about individual deals.

Looking ahead, Foux projected that the shift out of retail muni holdings would continue and believed there is a similar trajectory in the corporate market.

“There has been a lot of M&A activity in the mutual fund business and acquisitions of the separately managed account shops,” Sweta Singh, portfolio manager at City Different Holdings LP, told Bloomberg. “Our market is getting more concentrated with bigger players because there is bottom-line pressure on margins.”