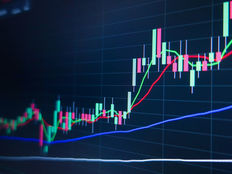 Supply and Demand Fundamentals Continue to Prop Up Munis

Matt Fabian, partner at Municipal Market Analytics, warned that the amount of money maturing or set to be called is higher than that which is experienced historically, and could prove challenging for those trying to reinvest their payments, especially as new dollars continue to flow into the space with an aging population.

Meanwhile, on the supply side, issuers have sold $289 billion in long-term municipal debt so far in 2021, which was slightly higher than the $267 billion over the same period last year. Additionally, while the federal infrastructure bill could stimulate greater sales of new debt, it’s unclear if it will be “enough to offset the giant sucking sound of the pending maturity schedule,” Fabian told Bloomberg.

“We need to see a material increase in new money projects, if only for the market to stand still,” Fabian said.

The difference between supply and demand in the muni market has helped this pocket of the fixed income space turn a positive return in 2021, even as other areas of the debt markets are down for the year. Additionally, investors have been targeting the tax-exempt debt as President Joe Biden’s administration seeks to hike income tax rates on high earners and stimulus packages have helped ease the negative impact from the coronavirus pandemic on local government borrowers.

Investors have so far funneled a record $69 billion into municipal bond funds for the first seven months of the year, according to Refinitiv Lipper US Fund Flows data.

Looking ahead, Fabian warned that the demand for muni funds and those trying to redeploy principal payments will keep spreads tight.

“This is a context in which spreads are not going to widen absent some kind of surprise,” he added. “We need some big city to file for bankruptcy, or some kind of major reversal of revenue trends.”