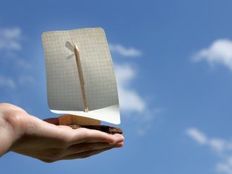 Despite Apple’s stock dropping 25% year-to-date — lower than the S&P 500’s 19% decline — Brian Sozzi at Yahoo! Finance reported that one analyst argues that will change in 2023. Citi tech analyst Jim Suva is bullish on the stock, believing that demand for the tech giant’s products will likely “remain resilient throughout” their fiscal year and that its free cash flow will support billions in shareholder returns per year.

“We believe demand for Apple’s products and services is likely to remain resilient throughout FY23. We do recognize that regulatory risks remain a major overhang on the stock, but we view these as headline risk rather that fundamental risk,” Suva wrote in a report to clients. “Such headlines could provide a near-term stock pullback which we would view as a buying opportunity for Apple shares.”

One reason why Suva thinks Apple is a good buy is because the company it primed to give cash back to investors next year. “With free cash flow of ~$110 billion plus per year and net cash of $49 billion (as of year end FY22), we expect Apple’s cash chest to support at least $110 billion plus in shareholder returns per year, amounting to 4-5% of its current market cap in the form of buybacks and dividends,” the Citi analyst wrote. “In spring 2023, we expect Apple to announce an incremental stock buyback of $85 billion after deploying ~$90 billion in FY2022. We also expect the company to raise its dividend by 10%.”

Investors seeking risk-managed exposure to U.S. all-cap companies like Apple with strong free cash flow and R&D investments may want to check out the Donoghue Forlines Risk Managed Innovation ETF (DFNV ). Apple is one of the top holdings in the fund with a weighting of 2.11% as of Dec. 22.

The companies targeted by DFNV represent the top 25% of the eligible universe based on quality of earnings, profits generated from R&D, degree of R&D investment relative to total assets, asset turnover, and financial leverage, according to ETF issuer FCF Advisors. Target weight is allocated to each security based on the combination of the five factors and market cap. Based on the target weight, the index selects up to 120 names or until 90% of the cumulative security weight has been included, whichever occurs first.

To provide downside protection during bearish market conditions, DFNV uses a rules-based model that allows the fund to invest up to 50% of its assets to U.S. Treasuries and other cash equivalents based on the daily buy-sell signal. DFNV has an expense ratio of 0.69%.