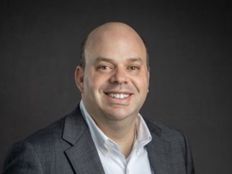 Chart of the Week: Confidence in Disruptive Innovation

Growth investments, particularly those commonly referred to as disruptive innovation, have struggled in the last 12 months as market volatility and rising interest rates contributed to a sharp decline in value. Yet during a recent VettaFi webcast in June with experts from ARK Invest, we asked advisors “How have your views on the investment benefits from disruptive innovation shifted in the past year?” and received encouraging results. As noted below, 39% were more bullish while just 16% of respondents were more skeptical than before; the remaining 45% of those that were polled had not changed their views.

The ARK Innovation ETF (ARKK B+) was down 59% year-to-date through June 20, and yet the popular actively managed disruptive innovation fund pulled in $1.4 billion of new money. Companies within ARKK include those that rely on or benefit from the development of new products and services, technological improvements, and advancements in research related to automation, robotics, energy storage, artificial intelligence, DNA technologies, the genomic revolution, and fintech innovation. Zoom Video Communications (ZM), Tesla (TSLA), and Roku (ROKU) combined represent 28% of the ETF’s recent assets.

Amid the sell-off, there has been talk about tax loss harvesting efforts. Tax loss harvesting is the act of selling securities at a loss in order to offset the amount of capital gains due on the sale of other investments. Even as many advisors remain bullish on disruptive innovation, they might consider selling a portion of their stakes in ARKK and buying different ETFs tied to the theme. However, in order to benefit from tax loss harvesting, a substantially similar investment cannot be purchased within 30 days before or after the sale. This is known as the wash sale rule.

One such unique active ETF to consider is the ARK Genomic Revolution ETF (ARKG A-), which is run by the same team as ARKK and was down 52% this year. ARKG is concentrated in healthcare companies such as CRISPR Therapeutics (CRSP) and Exact Sciences (EXAS) that can benefit from advancement in genomics, and the ETF does not own companies tied to ARK’s other favored disruptive themes; cloud computing (14% of ARKK assets as of March 2022), digital media (13%), and e-commerce (8%) were the three largest ARKK themes. ARK management believes that given the potential cures for diseases, the share of research and development funding for gene therapy innovation could increase five-fold to 17% by 2026.

Advisors might also want to work with other different active ETF providers focused on disruptive innovation for manager diversification benefits.

For example, the Goldman Sachs Future Tech Leaders Equity ETF (GTEK C+) was down 42% thus far in 2022. Relative to ARKK, GTEK is more global, with 47% of recent assets invested outside of the U.S. (ARKK had 10%), and diversified at the security level, with just 27% of assets in its top 10 holdings (ARKK had 61%).

Another active ETF from a well-established manager is the BlackRock Future Innovators ETF (BFTR ), which declined 46% year-to-date through June 17. Compared to ARKK, BFTR was also more diversified geographically (30% internationally) and through its top 10 stock holdings (31%).

BFTR is also more diversified at the sector level than GTEK, with just 35% in information technology, 22% in healthcare, 17% in consumer discretionary, and 12% in industrials. Top positions include Bio-Techne (TECH), Chart Industries (GTLS), Entegris (ENTG), and Planet Fitness (PLNT).

Advisors should also note that there are also index-based ETFs that are also worthy of attention including the ALPS Disruptive Technologies ETF (DTEC A-), the Direxion Moonshot Innovators ETF (MOON B-), and the SPDR S&P Kensho New Economies Composite ETF (KOMP A-).