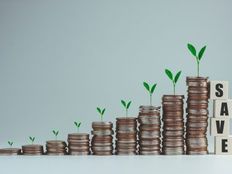 Here’s What Could Stabilize Growth Stocks

This year, disruptive growth stocks are being, well, disrupted by a hostile interest rate and recession fears, among other factors.

Those near-term headwinds run counter to what remain compelling long-term outlooks for concepts ranging from cloud computing to healthcare to innovation to e-commerce and much more. As such, opportunity could be afoot with exchange traded funds such as the Goldman Sachs Innovate Equity ETF (GINN A-).

GINN focuses on the large-cap companies spectrum across a variety of industries with growth potential and quality traits. That’s an embattled class this year, but one that still offers ample long-term promise. Over the near term, GINN could bounce back if growth stock valuations continue becoming more enticing, the economy slows, and interest rates stabilize. Fortunately, there’s evidence that growth valuations, including those of some GINN components, are getting more attractive.

“While comparisons to the late ’90s were somewhat misplaced, it is fair to point out that too many growth companies were trading at unsustainable valuations before this year’s decline. That said, while many early growth names are still vulnerable, the mega-cap names that dominate the tech and growth indexes appear more reasonably priced,” according to BlackRock research.

GINN holds 468 stocks, including plenty that analysts and market observers are saying are increasingly more interesting on valuation. Those include previously ballyhooed mega-cap growth fare such as Google parent Alphabet (NASDAQ:GOOG), Amazon (NASDAQ:AMZN), and Microsoft (NASDAQ:MSFT).

Perhaps to the surprise of some investors, GINN could be worth evaluating if a true recession sets in. In such a scenario, investors could eschew cyclical stocks in favor of the higher rates of earnings and sales growth offered by GINN components.

“Aside from elevated valuations, tech and other growth names were hurt by the rotation into cyclical and value stocks. The rotation was fueled by optimism for a stronger economy. After years of sluggish growth investors rushed to take advantage of the stimulus induced expansion that lent a tailwind to value names. That trend is now ending,” added BlackRock.

Still, what could really fan the flames of a GINN resurgence is interest rate stability. Should the Federal Reserve show some indication that it sees cooling inflation and that it can raise rates at a more modest pace, growth stocks could bounce back.

“Higher rates impact the discount rates investors apply to future earnings. As a result, growth companies, particularly the most speculative, typically reprice the fastest when the discount rate rises. This is particularly true when rates rise rapidly. Looking back at the past 10-years, small increases in long-term rates have been immaterial to growth’s relative performance. However, sharp spikes in long-term rates have been associated with significant growth underperformance, as has been the case all year,” concluded BlackRock.