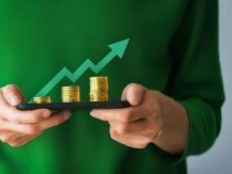 That’s notable for multiple reasons, not the least of which is the point that this is a densely populated corner of the thematic ETF space. Inflation-reducing capabilities aside, the legislation is the most meaningful in recent memory when it comes to advancing climate-related spending, indicating that there are potentially positive implications for ETFs such as the Goldman Sachs Future Planet Equity ETF (GSFP B).

Against the backdrop of government spending targeted at climate change, GSFP could prove to be a prime example of an ETF at the right place at the right time.

“The impending passage of the most significant climate legislation in U.S. history is spurring greater interest in clean energy investments. Equally important, the legislation makes it more likely that more investors will look at how to position their overall portfolios to account for climate risks and benefit from the inevitable transition to a low-carbon economy,” noted Morningstar analyst Jon Hale.

The Inflation Reduction Act is spurring investors to revisit renewable energy ETFs, and that could be a boon for GSFP.

GSFP is getting in on the act. Year-to-date, investors added $101.48 million to the Goldman Sachs ETF, confirming that some market participants are willing to embrace active management as a way of attaining climate-related equity exposure.

In fact, GSFP being an actively managed fund is a potential plus in a territory largely dominated by passive products because the ETF can more rapidly seize upon emerging carbon reduction opportunities. For investors who feel they’re late to the renewable energy ETF party, that’s a point to consider.

“Those still considering investing in renewable energy shouldn’t worry about missing out on the news. Morningstar equity analysts see the entire range of renewables benefiting from the legislation,” concluded Morningstar’s Hale.