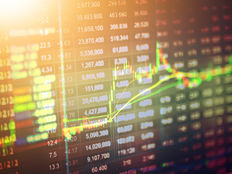 JUST Gets ESG Investors to Where They Belong

As environmental, social, and governance (ESG) investing evolves, advisors and investors are demanding more dynamic solutions. The Goldman Sachs JUST U.S. Large Cap Equity ETF (JUST A-) is an example of an exchange traded fund that answers that call.

JUST tracks the the JUST U.S. Large Cap Diversified Index, which employs a data-intensive, input-rich methodology that meets the needs of asset allocators at a time when there’s more demand for ESG depth and more scrutiny on companies’ sensitivity to climate-related issues.

The JUST methodology is also relevant today because, as was revealed at the recent COP26 in Scotland, despite growing climate awareness and efforts to reduce hotter temperatures, global temperatures could still increase by as much as 2.4 degrees Celsius by the end of the current century.

“Global warming on this scale would expose more than a billion people to dangerously high temperatures and accelerate sea level rise with credit implications for many sovereigns especially in emerging markets,” says Moody’s Investor Service. “For the private sector, inherent exposure to physical climate risk is high across multiple industries according to our analysis. Growing awareness of these potential consequences is making investors more mindful of the implications of physical climate risk.”

While JUST is an equity-based fund, as the old saying goes, “credit leads equity.” That’s a reminder that if a company’s climate risks increase, its corporate bond yields could spike and that debt could be downgraded, particularly against the backdrop of negative environmental events. In those cases, a company’s share price is likely to be punished, underscoring the benefits of JUST’s data-driven scoring system.

Another consideration with JUST is that, around the world, more governments and lending institutions are pressuring corporations to get their climate acts together. Those are costly endeavors. Fortunately, many JUST components are embracing net-zero challenges, not running afoul of the climate standards banks and governments seek.

“The Glasgow Financial Alliance for Net Zero (GFANZ), which is seeking net-zero commitments from financial institutions, could have particularly significant implications. If GFANZ members follow through on their commitments, it will increase pressure on carbon-intensive sectors and companies without credible carbon transition strategies because their access to capital will tight,” adds Moody’s.