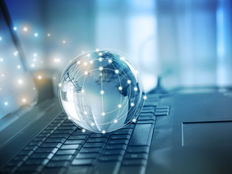 Digitization for the physical world — specifically, the advancement of robots — is a key investment opportunity for advisors.

Christopher Lin, portfolio manager at Fidelity Investments, said on May 17 at the Morningstar Investment Conference that he thinks of robots as more of a general term. “It’s just kind of digitization for the physical world for a mechanical kind of replacement,” Lin said at the conference.

“I do think the framing is important, whereby robot doesn’t necessarily mean the T-1000 in the Terminator movie, robot is a far more general term,” Lin said. “One of the probably most prominent robotic companies that you have heard of but might not necessarily associate with robots is Intuitive Surgical, which does robotic surgery.”

Based in the Bay Area, Intuitive Surgical is a large healthcare company that develops, manufactures, and markets robotic products designed to improve clinical outcomes of patients through minimally invasive surgery. A pioneer of robotic-assisted surgery, the company’s da Vinci surgical system is used by surgeons in 69 countries to deliver a less invasive approach to many types of surgery, according to the firm’s website.

“While that might sound kind of unintuitive, just ask a surgeon how long their career can be because doing surgery is a very physically demanding task,” Lin said.

A fund that offers exposure to companies driving innovation in healthcare globally is the Goldman Sachs Future Health Care Equity ETF (GDOC B-), which had Intuitive Surgical (ISRG) in its top 10 holdings at 3.4% as of May 17, according to the firm’s website.

The fund is actively managed and targets innovators and disruptors in the healthcare sector by looking for companies that are developing new treatments and technologies, primarily in the following key themes: genomics, precision medicine, tech-enabled procedures, and digital healthcare, according to ETF Database.