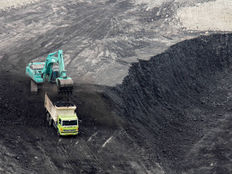 Roughly 500 new exchange traded funds debuted this year, and there’s still some time left in 2021. A record-shattering number means some rookie ETFs are bound to be successful and some that won’t catch.

Some in the former category address carbon reduction and climate awareness, and one of the standouts in that group is the Goldman Sachs Future Planet Equity ETF (GSFP), which debuted in July.

Actively managed GSFP’s roster of 49 companies is concentrated, but that focus offers benefits at a time when so many corporations and governments are expanding carbon reduction efforts. In turn, that expands the total addressable market for GSFP member firms, highlighting long-term growth potential.

Sector- and industry-level adoption of carbon-reducing services and technologies are essential to the long-term GSFP thesis, and things look encouraging on that front. Just look at the mining industry.

“Twenty-one of the 30 largest metals and mining companies by market capitalization have set some level of net-zero greenhouse gas emissions target or are already claiming carbon neutrality, hoping to prove their commitment to reducing their emissions,” according to S&P Global Market Intelligence. “Companies are feeling the pressure from customers with their own carbon reduction goals to get in line with the global reductions called for in the Paris Agreement on climate change.”

It’s admirable mining, which is a carbon-intensive industry, wants to reduce its carbon footprint. GSFP member firms fit into the equation with the need for technologies to help in this endeavor, and those don’t come cheap.

“Going green comes with expensive up-front costs, and in some cases, new, lower emissions technologies will need to be invented to squeeze out the carbon,” adds S&P Global.

Adding to the allure of GSFP’s expanding total addressable market thesis is that end market customers of industries like mining are apt to reward companies’ green efforts, compelling those operators to investors in services and tech purveyed by GSFP components.

“They may be rewarded by customers demanding greener products. End users are behind the drive to eliminate fossil fuels from the steelmaking process, a representative of Swedish steelmaker SSAB AB, which aims to bring fossil-fuel-free steel to the market by 2026, told Market Intelligence earlier this year,” according to the research firm.

Investors are buying into the GSFP thesis as it already has $107 million in assets under management in just five months on the market.