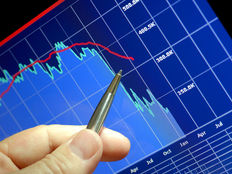 Stricter EPA Requirements Could Be Good for This ETF

That initiative could pay long-term dividends for select exchange traded funds, including the Goldman Sachs Future Planet Equity ETF (GSFP B). GSFP, which debuted last July, is ideally positioned to capitalize on what appears to be a wide-ranging effort by the Biden administration to force power plats to reduce emissions.

“The agency wants to impose stricter air-quality standards for mercury and other toxic pollutants, as well as new restrictions on wastewater generated by power plants, EPA Administrator Michael Regan said in an interview,” reports Timothy Puko for the Wall Street Journal. “Mr. Regan said the EPA is looking to roll out new proposals in a more coordinated approach to regulate the power sector, using the agency’s broad array of powers to oversee air and water pollution as well as wastewater disposal.”

GSFP is potentially compelling on this front because the fund’s holdings are companies “with solutions to reduce greenhouse gas emissions required across many different activities,” according to Goldman Sachs Asset Management.

However, there’s more to the story. For about a year now, investors tapping renewable energy funds, including those addressing solar and wind stocks, among others, are growing frustrated by laggard performances. Much of that is attributable to disappointment regarding government spending.

On the other hand, the proposals being set forth by the EPA aren’t beholden to government spending and congressional debate. Rather, if implemented, the new EPA guidelines could force electric utilities to up expenditures on products and services, some of which are provided by some GSFP components.

“An onslaught of new rules could raise the cost of power to business and consumers if it isn’t implemented carefully, and the cost of compliance could also force older plants powered by coal, oil and natural gas to close, said Louis Finkel, senior vice president of government relations for the National Rural Electric Cooperative Association,” according to the Wall Street Journal.

GSFP holds 52 stocks, and as an actively managed ETF, it can be more responsive to trends in spending on carbon-reducing technologies than passively managed equivalents.