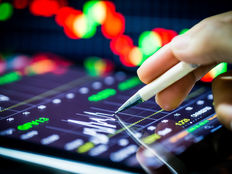 Tech Stocks Aren't Cheap, but This ETF Is Still Stylish

Technology stocks are rarely inexpensive. That’s simply the price of admission for investors looking to access a sector chock full of quality companies and disruptive innovators.

However, valuation alone isn’t a reason to buy or sell a stock, indicating that exchange traded funds like the Goldman Sachs Innovate Equity ETF (GINN A-) are still worth considering today despite tech’s status as a somewhat expensive sector.

Several points underscore the utility of GINN in the current environment. For starters, the broader tech sector isn’t excessively valued. It’s merely pricey relative to broader equity benchmarks, but not in alarming fashion.

Second, many of GINN’s marquee tech holdings are mature large- and mega-cap companies, and while that doesn’t imply that those are value stocks — they’re not — the Goldman Sachs ETF steers clear of speculative, richly valued small-cap growth equities.

Third, GINN isn’t a dedicated technology ETF. It allocates 33.7% of its weight to that sector, indicating that it’s a diverse fund not beholden to a single sector’s valuations.

“The technology sector was a strong outperformer at the beginning of the COVID-19 pandemic, but over the past 12 months, it’s only modestly outperformed the broader market. Across most of tech, we’re still bullish on the secular tailwinds supporting growth in areas such as cloud computing, 5G, and the ‘Internet of Things.’ However, valuations are still above our fair value estimates for the most part. We still see some stocks with moderately attractive margins of safety for investors, mostly in large-cap software, while semiconductors are the most reasonably valued subsector today,” says Morningstar analyst Brian Colello.

With Nvidia (NVDA) and Intel (INTC) among its top 10 holdings, GINN has some exposure to the reasonably valued theme in the semiconductor space. Moreover, those names and others help the fund participate in upside for chip equities caused by the ongoing supply shortage.

Microsoft (MSFT) is one of four stocks with a 2.1% weight in GINN — the largest weight to any of the fund’s 462 holdings. While Microsoft is on a seemingly undaunted run higher, there’s reason to believe that there’s more upside ahead for the GINN component.

“In networking, the explosion of data should not be slowing down. We think this bodes well for firms with cloud computing exposure like Microsoft, but we also think that hybrid clouds will be the most prominent form of computing,” adds Colello.