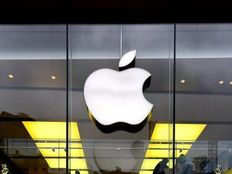 Apple has shown signs of growth and stability not seen in many of its peers. The Cupertino, California-based tech giant on Thursday reported record revenue of $90.1 billion for the quarter ended September 30, and annual sales growth of 8%, beating analyst expectations.

In a client note published on Friday, Credit Suisse analyst Shannon Cross described Apple as a “relatively safe port in the storm.”

“Following Apple’s F4Q22 results, it remains our top pick and, we believe, will likely remain a relative safe haven for many as the macroenvironment remains highly uncertain and choppy,” Cross added.

Amazon and Microsoft both failed to meet revenue expectations. Alphabet reported slowed ad sales as YouTube reported a decline in revenue for the first time. Meta has contended with dwindling free cash flow as CEO Mark Zuckerberg continues to pump money into his dream of the metaverse — hey, avatars with legs aren’t cheap.

“Apple now looks a lot more stable than its peers, especially as fears of a recession start weighing on ad sales and potential holiday spending,” wrote Kif Leswing at CNBC. “It’s largely because Apple relies on hardware and services that people are still buying.”

For investors who want to buy into a stock some analysts consider recession-resistant while making their portfolios more environmentally friendly, the Xtrackers S&P 500 ESG ETF (SNPE A) and the Xtrackers Net Zero Pathway Paris Aligned U.S. Equity ETF (USNZ ) may be worth considering.

USNZ, meanwhile, provides large- and mid-cap U.S. equity exposure aligned with the Paris Climate Accords and is designed to capture the move of the global economy to a net-zero emissions environment. The fund provides exposure to a Paris Aligned Benchmark (PAB) index that uses a transparent set of rules aiming to be at the cutting edge of sustainable investment practices.

Apple is currently the top holding in SNPE and USNZ, weighted at 9.67% and 9.53% as of September 30, respectively.