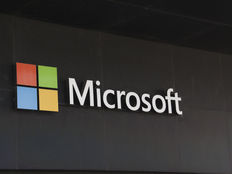 Microsoft Looks to Up Its Web Search Game

In an apparent bid to gain some headway in the web search market dominated by Google, Microsoft has been in talks to invest $10 billion into the owner of ChatGPT, a chatbot launched by OpenAI in November. ChatGPT is a natural language processing model designed to generate text that appears as if a human wrote it. Uses for the AI model range from developing code to writing college essays.

Citing unnamed sources familiar with the matter, Semafor reported Tuesday that Microsoft’s investment would be part of a deal in which the company would get 75% of OpenAI’s profits until it recoups its investment. Once that threshold is reached, Microsoft would then assume a 49% ownership stake in OpenAI, while other investors would take another 49%, and OpenAI’s nonprofit parent would get 2%. The funding would value OpenAI at $29 billion.

“A bet on ChatGPT could help Microsoft boost its efforts in web search, a market dominated by Google,” wrote Ryan Browne at CNBC. “The company’s Bing browser has only a small share of the global search engine market, however, it is hoped the deal could help the firm chip away at Google’s dominance by offering more advanced search capabilities.”

Microsoft and OpenAI have not yet commented to media outlets.

Microsoft is one of the top holdings in the Xtrackers Russell 1000 US QARP ETF (QARP B+), which seeks investment results that correspond generally to the performance, before fees and expenses, of the Russell 1000 2Qual/Val 5% Capped Factor Index, a multi-factor index designed to capture exposure to large-cap U.S. equities that exhibit strong quality and value factor characteristics.

The fund aims to identify companies that have strong quality scores relative to their peers and to also look at the value scores of the securities, to avoid those quality companies that are potentially over-priced.