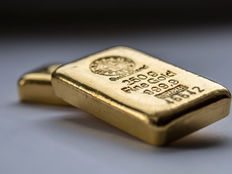 Precious metals are rebounding after plunging to an over four-month low on Monday due to fears that the Federal Reserve would roll back its economic support in response to the upbeat U.S. jobs report last week, Reuters reports.

“The crash in gold was a little overdone and we’re beginning to see the reality that economic stimulus in the U.S. and worldwide is going to continue,” Jeffrey Sica, CEO of Circle Squared Alternative Investments, told Reuters, adding that central banks would remain diligent when tapering given a surge in COVID-19 cases.

Lessening market fears of any tapering, the University of Michigan’s preliminary consumer sentiment index was at a decade-long low in early August.

The U.S. dollar also depreciated after the survey results, which strengthened gold’s appeal.

“The picture remains nuanced; as positive signs in the labor market and spikes in producer prices support the view that the Fed will bring forward the timing of tapering, but the latest consumer price increases supported the view that inflation spikes are transitory,” Ricardo Evangelista, a senior analyst at ActivTrades, told Reuters.

“Amidst the mixed signals, investors anticipate what will emerge from the Fed’s Jackson Hole meeting later this month.”