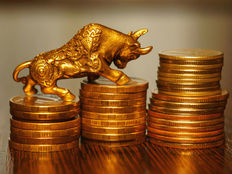 2022 Small-Cap Bullishness Is Here — Check Out This ETF

With the S&P SmallCap 600 Index higher by 6.74% over the past month, it’s not surprising that some market observers are enthusiastic about the prospects for smaller stocks in 2022.

Investors looking for an alternative to traditional small-cap index funds and exchange traded funds may want to evaluate the Invesco S&P SmallCap 600 Equal Weight ETF (EWSC C+). EWSC fits the bill as an easy-to-understand alternative to standard cap-weighted small-cap index funds because the Invesco ETF is simply the equal-weight answer to a basic S&P SmallCap 600 tracker.

Bottom line: EWSC will get the job done as small-cap equities rally. It’s already getting that job done. EWSC is up 36.55% year-to-date — an advantage of nearly 650 basis points over traditional S&P SmallCap 600 funds. More could be in store for the equal-weight small-cap ETF.

Small-caps “have already shaken off a seven-month funk and risen to record highs in November. Going forward, they have several ingredients in their favor. They are cheap in an expensive market, have attractive fundamentals, and can avoid several of the potential pitfalls facing large-caps in 2022,” reports Nicholas Jasinski for Barron’s.

“The S&P 600, which includes a narrower slice of the small-cap universe than the Russell 2000, goes for less than 17 times expected earnings over the next 12 months, versus about 22 times for the S&P 500. The indexes were at roughly the same valuations in March, and historically small-caps have commanded a premium multiple,” according to Barron’s.

EWSC also fits the bill as a credible small-cap consideration for long-term investors. Over the past three years, the Invesco ETF outperformed cap-weighted rivals by 800 basis points while its annualized volatility was just 290 basis points in excess of the comparable cap-weighted fund. Translation: That’s a good deal in the risk/reward department.

Speaking of the long-term, current valuation gaps between large and small stocks indicate the latter could be in for an extended period of out-performance.

“The historical relationship between valuation and subsequent returns suggests small-caps should lead large-caps over the next decade, and points to slightly negative annualized price returns for the S&P 500 but high-single digit annualized price returns for the Russell 2000,” Bank of America Securities’ head of U.S. small- and mid-cap strategy Jill Carey Hall said in a recent note cited by Barron’s.