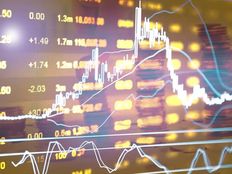 Russia’s invasion of Ukraine has jammed up commodity shipments and led Western importers to reject Russian exports. As a result, banks and exchanges are demanding more money up front from commodity traders, which is causing markets already dealing with supply disruptions from the war in Ukraine to be whipsawed.

A story from the Wall Street Journal is reporting that exchanges and bank brokerages are insisting on large down payments, also known as margin, from traders in futures contracts linked to commodities such as oil, wheat, and natural gas. Some companies are closing out trading positions to avoid added expenses, which is driving price volatility even more.

For example, Brent crude futures have risen or fallen by 4% or more on nine trading days since Russia invaded Ukraine on February 24. After reaching a 14-year high of almost $140 per barrel, prices dropped below $100 per barrel after margin payments led traders to unwind their positions. Oil rose back above $110 per barrel on Monday.

To account for the increased risk, exchanges have upped both initial and variation margin. Meanwhile, the banks serving as intermediaries between the exchange and traders are asking the traders for increased payments.

Increasing margin calls are making it challenging for traders to handle the risks connected to moving physical commodities. Producers and traders of diesel and crude, for example, have had a tough time finding buyers in previously normally routine sales because hedging costs have made deals unprofitable. And while smaller companies are trying to convince banks to lend more, banks are worried about commodity prices sliding back, which would leave them with inadequate collateral to safeguard against those new lines of credit.

“Trade that is not even linked to Russia or Ukraine is getting more and more difficult to finance,” Sebastien Bruyant, a senior portfolio manager at lending firm RiverRock European Capital Partners, told the Journal before adding that lenders are also hedging against potential fallout from the war by pulling financing from such economically fragile countries as Egypt and Tunisia.

This has huge implications for commodities ETFs, including the Invesco Optimum Yield Diversified Commodity Strategy No K-1 ETF (PDBC ), the Invesco DB Agriculture Fund (DBA A), and the Invesco DB Commodity Index Tracking Fund (DBC A).

PDBC invests in a combination of financial instruments that are economically linked to the world’s most heavily traded commodities. It offers exposure to commodity futures without the tax hassle of a K-1. The fund also attempts to avoid “negative roll yield,” which could erode returns over time.

DBA, meanwhile, is a combination of futures within several areas of agriculture, including wheat, soybeans, coffee, corn, cattle, cocoa, sugar, hogs, and cotton. It’s ideally designed for investors who believe that commodity prices will continue to rise and who are also seeking to diversify their portfolios away from traditional stocks and bonds at a time of rising interest rates and market volatility.

DBC seeks to track changes in the level of the DBIQ Diversified Agriculture Index Excess Return, plus the interest income from the fund’s holdings of primarily U.S. Treasury securities and money market income less the fund’s expenses.