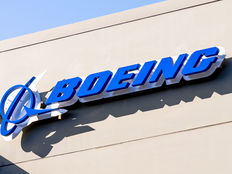 Despite Boeing Co. posting a larger-than-expected quarterly loss on Wednesday, the Arlington, Virginia based company reported positive operating cash flow. And unlike in previous quarters, it didn’t see any charges related to the production of its 737 MAX jet.

The company’s second-quarter results, which fell short of analysts’ estimates, were driven by weakness in its defense unit, partly offset by strength in its commercial airplane unit. Aircraft deliveries rose to 121 in the second quarter from 79 a year ago. Meanwhile, commercial aircraft revenue climbed 3% to more than $6.2 billion.

“We made important progress across key programs in the second quarter and are building momentum in our turnaround,” said Boeing President and CEO Dave Calhoun in a news release. "As we begin to hit key milestones, we were able to generate positive operating cash flow this quarter and remain on track to achieve positive free cash flow for 2022.”

Calhoun added: “While we are making meaningful progress, we have more work ahead. We will stay focused on safety, quality, and transparency, as we drive stability, improve performance, and continue to invest in our future."

Boeing is the top holding in Invesco Aerospace & Defense ETF (PPA B+), which tracks the SPADE™ Defense Index. The index “is designed to identify a group of companies involved in the development, manufacturing, operations, and support of U.S. defense, homeland security, and aerospace operations,” according to Invesco.

The ETF rallied late Wednesday afternoon, trading at $71.40 per share, up 0.58% from its previous close.