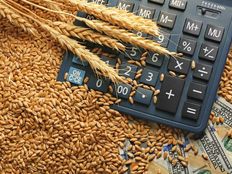 The Invesco DB Agriculture Fund (DBA A) saw a huge spike in inflows this week as the Russia-Ukraine war continued. Data from ETF Database show that the commodities ETF brought in more than $273 million in investor capital on March 7, the most the fund has brought in over one day since its inception in 2007.

As Bloomberg reports, DBA’s massive infusion of capital is part of a trend of investors pouring money into commodity ETFs on the belief that shortages for energy, metals, and grains caused by the crisis will yield strong returns. Last week, commodity ETFs saw more than $4.5 billion in total inflows, which is what they’d normally receive over the course of a month.

Hakan Kaya, commodity portfolio manager at Neuberger Berman, told the Journal: “People are looking for a way to get out of inflation’s impact, and commodities really look like a good hedge.”

DBA is a combination of futures within several areas of agriculture, including wheat, soybeans, coffee, corn, cattle, cocoa, sugar, hogs, and cotton. It invests in a diversified basket of various agricultural natural resources and seeks to track changes in the level of the DBIQ Diversified Agriculture Index Excess Return plus the interest income from its holdings of primarily U.S. Treasury securities and money market income.