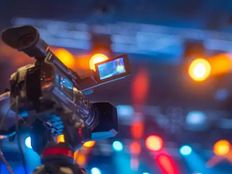 Disney (NYSE: DIS) revealed strong profits after customers flocked to both the company’s streaming service and theme parks. In its latest earnings report, Disney’s revenue rose 23% in the quarter to $19.2 billion, while group operating profit rose 50% to $3.7 billion.

“The first half came in better than expected, so that delta that we had initially anticipated may not be as large,” said Disney’s chief financial officer Christine McCarthy. “But we still do expect an increase in the second half to exceed the first half.”

“Heading into results, focus has been on Disney+. The streaming service has a lot more room to run before bumping up against the side of the tanks, unlike rival Netflix,” wrote Sophie Lund-Yates, lead equity analyst at Hargreaves Lansdown. “That’s a large reason behind the better performance, and the strong addition to the subscriber base comes despite competition in the streaming space being about as high-octane as a Disney hero-on-villain fight.”

In addition, quarterly revenue for Disney’s theme parks division more than doubled from last year to $6.6 billion, also above projections. Higher volumes and increased guest spending within Disney’s Parks, Experiences & Products division were partially offset by the associated higher costs from volume increases, but this didn’t stop operating profit swinging from a $406 million loss to a $1.8 billion profit.

“Theme Parks and experiences are still an important member of the corporate cast where Disney’s concerned. And progress here has been phenomenal, driven partly by revamped attractions and customer service tech,” Lund-Yates added. “The indomitable Avengers franchise is paying dividends on that front.”

PBS seeks to track the investment results of the Dynamic Media Intellidex Index, which is a conglomerate of U.S. media companies principally engaged in the development, production, sale, and distribution of goods or services used in the media industry.

EWCO, meanwhile, seeks to track the investment results of the S&P 500 Equal Weight Communication Services Plus Index, which is composed of companies in the S&P 500 that are classified as members of the communication services sector. The fund uses a mix of allocation styles but primarily operates within large-cap value, blend, and growth, with some mid-cap value and blend styles added in.

PEJ is based on the Dynamic Leisure & Entertainment Intellidex Index, which is designed to provide capital appreciation by thoroughly evaluating companies based on a variety of investment merit criteria, including price momentum, earnings momentum, quality, management action, and value. The index is comprised of common stocks of 30 U.S. leisure and entertainment companies.