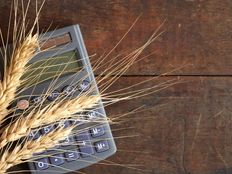 Fend Off Stagflation With This Commodities ETF

Stagflation, the economic condition marked by sluggish economic growth and high inflation, may not be here yet, but it’s a growing concern of many market observers.

The U.S. economy last dealt with stagflation in earnest in the 1970s, and one of the primary takeaways from that episode is that stocks and bonds won’t get the job done for investors. One asset class that does work against the backdrop of stagflation is commodities.

Enter the Invesco DB Commodity Index Tracking Fund (DBC A). The exchange traded fund, which tracks the DBIQ Optimum Yield Diversified Commodity Index Excess Return, is already strutting its stuff in 2022, as highlighted by a year-to-date gain of 38.59%.

Deutsche Bank analyst led by Henry Allen recently noted that when stagflation set in during the 1970s, agriculture and oil commodities were among the best refuges for investors.

“That echoes what we’ve seen in 2022, where commodities are the only asset class to have seen relatively consistent gains this year,” according to the Deutsche Bank analysts.

DBC is ideally positioned if 1970s stagflation history repeats, as the ETF allocates about 24% of its weight to Brent and West Texas Intermediate crude contracts. Additionally, the fund devotes about 21% of its weight to soft commodities, including wheat and corn.

“The main takeaway should be that if inflation stays high for many years, both history and today’s high starting valuations suggest it will be very difficult to generate positive real returns in most traditional financial asset classes,” added Deutsche Bank.

Even if stagflation doesn’t come to pass, DBC remains relevant over the near term because its 2022 returns indicate that commodities are prime inflation-fighting assets.

“Deutsche Bank’s call comes as inflation hits the highest level in 40 years. The inability of supply to keep pace with demand as the economy rebounds from the pandemic has sent the price for goods and services soaring. The Federal Reserve also took unprecedented stimulus measures to aid the economy as the pandemic took hold, while government assistance put more money in consumers’ pockets,” reported Pippa Stevens for CNBC.

The $4.73 billion DBC’s inflation-fighting credentials are bolstered by some metals exposure, including a more than 7% combined allocation to gold and silver.