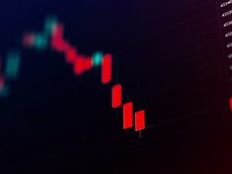 Global equity market returns were dismal in the first half of the year, as rising rates, high inflation, and the war in Ukraine made investors and analysts concerned about an impending recession. And many strategists fear that the second half won’t fare much better.

In a daily research note issued to investors on Friday, Deutsche Bank’s head of global fundamental credit strategy Jim Reid wrote: “the good news is that H1 is now over, the bad news is that the outlook for H2 is not looking good.”

With analysts predicting a recession, investors looking to mitigate volatility while still targeting returns may want to consider funds like the Invesco Defensive Equity ETF (DEF B). Based on the Invesco Defensive Equity Index, DEF looks to invest at least 80% of its assets in companies “that perform well during bearish market periods by analyzing valuation multiples, accounting practices, and dividend payments,” according to the analyst report on VettaFi’s ETF Database. “Given this objective, DEF probably doesn’t make much sense as a holding in a long-term portfolio, though it may be useful as a tactical play for those looking to scale back beta and volatility in anticipation of a bear market.”

The fund, which has an expense ratio of 0.53%, gives portfolios a tilt towards low beta industries, though the fund does allocate to all corners of the economy. Companies of all sizes are included in the underlying portfolio.