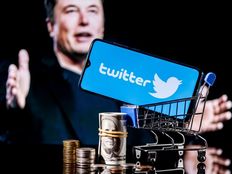 Elon Musk doesn’t think he can unlock Twitter’s “extraordinary potential” after all. After signaling that he may be getting second thoughts about buying Twitter Inc. (TWTR) for $44 billion, the Tesla chief and self-proclaimed “free speech absolutist” has decided to renege on his offer to acquire the social media platform and take make it private, claiming that Twitter was in “material breach” of the acquisition agreement and failed to provide the information needed to assess the prevalence of fake or bot accounts.

The folks at Twitter, however, say the deal is still on, even if they have to sue Musk to make it happen. Shortly after Musk disclosed to regulators that he was abandoning the acquisition deal, board chair Bret Taylor took to Twitter insisting the company is still “committed to closing the transaction on the price and terms agreed upon with Mr. Musk and plans to pursue legal action to enforce the merger agreement.”

It should be noted that Musk waived demands for detailed due diligence on Twitter’s business to expedite the acquisition, it could be difficult for him to back out over concerns over spam user accounts. Even if the deal falls through, under the terms of the agreement, Musk will still be on the hook for $1 billion in breakup fees to Twitter.

Following this turmoil and palace intrigue, shares of Twitter fell 6.7% to $34.35 shortly after Monday’s opening bell, putting the company’s stock on pace for its biggest drop in nearly two months. As of Monday, Twitter shares are trading at roughly 37% below the $54.20-a-share price at which Musk agreed to buy the company in April.

Those looking to buy shares of Twitter at bargain prices (well below what Musk may be forced to pay) may want to consider ETFs that include the social media platform among its holdings, including the Invesco Dynamic Media ETF (PBS C+) and the Invesco S&P 500 Equal Weight Communication Services ETF (EWCO B).

PBS seeks to track the investment results of the Dynamic Media Intellidex Index, which is a conglomerate of U.S. media companies principally engaged in the development, production, sale, and distribution of goods or services used in the media industry.

EWCO, meanwhile, seeks to track the investment results of the S&P 500 Equal Weight Communication Services Plus Index, which is composed of companies in the S&P 500 that are classified as members of the communication services sector. The fund uses a mix of allocation styles but primarily operates within large-cap value, blend, and growth, with some mid-cap value and blend styles added in.