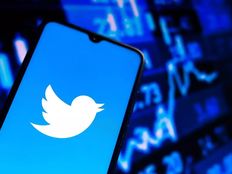 On Tuesday, Twitter’s head of consumer product Jay Sullivan wrote in a tweet that the company has “been exploring how to build an Edit feature in a safe manner since last year and plan to begin testing it within @TwitterBlue Labs in the coming months,”  before adding in a follow-up tweet: “Edit has been the most requested Twitter feature for many years. People want to be able to fix (sometimes embarrassing) mistakes, typos, and hot takes in the moment.”

Sullivan conceded that “Edit could be misused to alter the record of the public conversation” and “it will take time, and we will be actively seeking input and adversarial thinking in advance of launching Edit.”

The announcement follows Tesla CEO (and Twitter’s now largest shareholder) Elon Musk conducting a poll on the matter, hence the comms team’s tweet stating that such a feature has been in the works for a while now. Musk recently revealed he owned a 9.2% stake in the social media company, according to the Wall Street Journal. On Tuesday, Twitter announced that Musk was joining its board.

Twitter shares jumped 28.3% on Monday following the news of Musk’s stake in the company. Twitter makes up 5.8% of the Invesco Dynamic Media ETF (PBS C+), which rose 3.1% on Monday.

PBS seeks to track the investment results of the Dynamic Media Intellidex Index. The fund generally will invest at least 90% of its total assets in the securities that comprise the underlying index. At the heart of the index is a conglomerate of U.S. media companies. These companies are principally engaged in the development, production, sale, and distribution of goods or services used in the media industry.

“Due to this focus, the fund holds many securities that are not widely represented in many standard portfolios, suggesting that it could open up new slices of the market for investment,” said the analyst description on ETF Database.