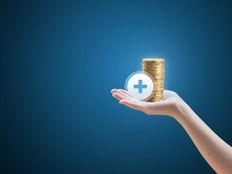 U.S. high yield bonds seeing their biggest one-month rally in a decade suggests that the economy won’t fall into a recession.

Amid the Federal Reserve’s plan to fight inflation with aggressive interest rate hikes, so-called junk bonds gained 5.9% in July and have also been gaining in August, according to Bloomberg. The rally came in the second half of last month as investors became more optimistic that the Fed would ease up on its hawkish plan to curb inflation.

CCC-rated bonds, among the lowest-rated corporates, gained 4.95% in July, while BB securities, the top tier of high yield, rose 6.1% on a total return basis.

Most of the compression in spreads has come from energy debt, which has outperformed the broader high yield market this year as oil prices have risen, according to Scott Kimball, managing director at Loop Capital Asset Management. Kimball added that this may “be skewing expected default rates lower for the broader market, and in turn, giving investors a bit more optimism in buying high-yield broadly.”

“The high-yield market is definitely pricing in some level of stress, but it’s pricing in nowhere near recession-type levels,” Citigroup Inc. strategist Michael Anderson told Bloomberg.

Appearing on CNBC’s Closing Bell: Overtime to discuss the company’s current market strategy, Gallegos explained that BondBloxx was created after its founders looked at where markets were in March 2020 and said they “need to be delivering better tools for institutional investors to manage their risk through markets like this.”

“We see this as just an opportunity to be using more precise tools, and that’s what we know the need is,” she added.

When it comes to high yield fixed income, Gallegos said that it “depends on the sector.” Energy, for example, “has had an incredible story in the last six months.” It just “depends on what market you’re looking at.”