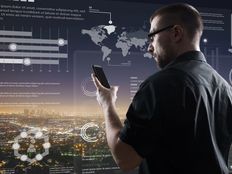 The demand for high yield bond ETFs is suddenly surging. After experiencing roughly $10 billion in outflows year-to-date, high yield fixed income ETFs have brought in more than $2.7 billion in investor capital over the past week, and $4.3 billion in a month.

While some of these inflows are somewhat chasing performance, Bloomberg Intelligence senior ETF analyst Eric Balchunas speculated that investors may be turning to junk bonds because they believe the Federal Reserve “has been too hawkish” and are concerned that the central bank’s aggressive stance on rate hikes could wind up hurting the economy.

The Bloomberg analyst also noted that the inflows into high yield bond funds are coinciding with the $3 billion in outflows from cash ETFs over the past week.

“It’s a beaten-down area and there’s room to run,” Balchunas said, adding that investors are “seeing an opportunity here and putting that money to work into junk bond ETFs.”

Balchunas tweeted on Friday that “the cash has gone into 30” different high yield ETFs, meaning that this move towards the asset class is more “grassroots” rather than following one model.

“It’s like a bunch of people are having the same idea at the same time,” he said speaking with VettaFi over the phone. “That tells you there’s something in the air.”

“We founded BondBloxx to provide modern tools for modern markets,” said Kelly in a news release. “And our targeted products make it possible for investors to finally execute sophisticated investment views through ETFs – which are a time-honored tool to access liquidity and efficient exposure especially in today’s volatile markets.”