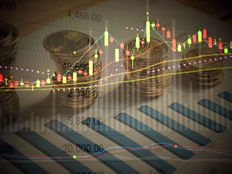 Investors showed renewed interest in high yield fixed income for the week ended July 8, even as Treasuries sold off in the face of stronger than expected economic data.

While rising yields across the curve led to negative returns in high-quality credit, spreads in high yield rallied, according to the latest weekly credit update and commentary from BondBloxx Investment Management. Yields for high yield fixed income reached 8.4% as of July 8, well above those of investment grade corporate bonds (at 4.8%). This tightening in high yield spreads was led by the less credit-sensitive BB sector, leading to a 1.6% return for BBs.

“With equities showing off a bit a reprieve in early July and inflation expectations coming down sharply, folks were willing to dive in and take some risk in high yield,” said BondBloxx co-founder Elya Schwartzman.

Debt-heavy CCCs, meanwhile, lagged, returning 0.5% for the week. For the one-month period, BBs (-3.3%) lead CCCs (-6.4%) by more than three percentage points. Schwartzman noted that while investors were a bit adventurous with BBs, they weren’t as eager to dip their toes into CCCs.

“Economic growth expectations are still coming down and thus near-term risk of defaults in cash-strapped companies is rising,” Schwartzman said.

This rally in high yield fixed income spreads comes the same week the June jobs report revealed that payrolls have exceeded estimates and unemployment remains low, all but cementing another rate hike of 75 basis points from the Federal Reserve at the end of July.

With oil prices down from early June’s peak, energy was the laggard in high yield last week, returning 0.7%, as TMT led the high yield space, with a 1.7% return. Though still leading for 2022, energy is now the one-month laggard, down -5.1%, while consumer non-cyclicals lead at -2.9% for the month.