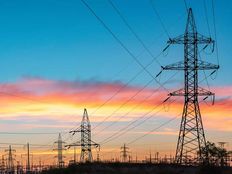 As oil and gas company stocks rallied on the surge in crude prices, short-sellers have been betting against the energy sector. Exchange traded fund traders can also turn to inverse or bearish strategies to hedge against a correction in a potentially overbought trade.

Ihor Dusaniwsky, managing director of predictive analytics at S3 Partners, noted that the data showed short selling in the U.S. energy sector is highly concentrated. Specifically, short interest at the 20 most shorted energy stocks was $30.3 billion, or 45% of the total shorts in the sector.

Dusaniwsky pointed out that many are betting on energy sector stocks easing back if crude oil prices roll back down below $100 per barrel. Traders are sticking to their shorts even after overall energy shorts declined $14.35 in market-to-market losses, or 24%, on the year as the S&P 500 energy sector rallied 38% so far in 2022.

“Having held onto their positions even after being down nearly 24% for the year we should not see much short covering, but probably see the increased short-selling activity we saw in February return,” Dusaniwsky told Reuters.

According to an analysis from S&P Global Market Intelligence last week, short interest in energy stocks on all major U.S. exchanges reached its highest level in more than a year.

ETF traders who are concerned about a pullback in the energy segment may turn to inverse ETF options to hedge against further declines. For instance, the ProShares Short Oil & Gas (DDG C+) tries to reflect the inverse or -100% daily performance of the Dow Jones U.S. Oil & Gas Index.